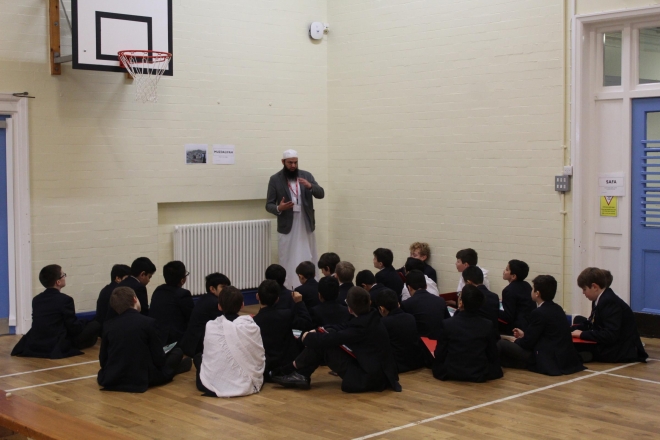 YOUNG people learned more about the Muslim pilgrimage Hajj during a workshop on Islam.

The boys were taken on a metaphorical journey from Bolton to Mecca and learnt that that all able-bodied Muslims are expected to undertake the pilgrimage once in their life, with 25,000 British Muslims making the journey each year.

Imran told the boys that it now costs approximately £7,000 and pilgrims are expected to make the journey in the last month of the Islamic calendar once they have saved this amount ­— they are not allowed to borrow it.

A spokesman for Bolton School said: "All the boys were fully engaged as they learnt how the pilgrimage lasts five days and how Muslims must visit several holy sites.

"The style of the session, with the boys moving between the pilgrimage sites at Mecca to replicate the five days of Hajj, proved popular with the boys.

"Some boys were able to wear Ihram to add to the experience."


⇐ Previous:
Netanyahu looking to launch direct Hajj trips to Saudi
Next: ⇒
A pilgrimage can be a response to an invitation from God