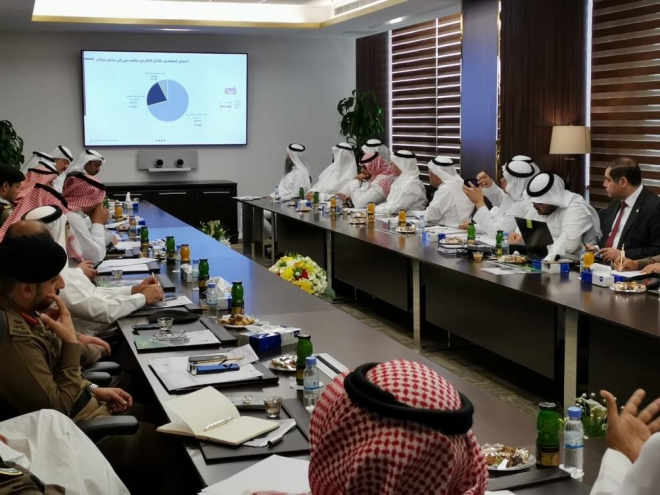 MAKKAH: The Ministry of Hajj and Umrah hosted on Tuesday the first meeting of a joint work team in charge of supervising the pilgrims grouping system.

Several security entities involved in the Hajj system attended the meeting, where they discussed the 2019 Hajj season and addressed its biggest challenges.

The meeting, which was chaired by the undersecretary of the Ministry of Hajj and Umrah for Hajj affairs, Hussein bin Nasser Al-Sharif, stressed the importance of joint efforts to serve and facilitate the pilgrims’ journey and to live up to the leadership’s aspirations.
The team reviewed the pilgrims grouping system and modern techniques to expand communication and cooperation with the relevant authorities.

It also considered the development of interactive platforms to exchange ideas for making the Hajj plans a success.

The first joint work team meeting was attended by the Ministry of Interior, the Civil Defense, the General Directorate of Traffic, the Emirate Of Makkah Province, the Makkah Region Development Authority, the Royal Commission for Makkah City and Holy Sites and the Makkah Municipality.