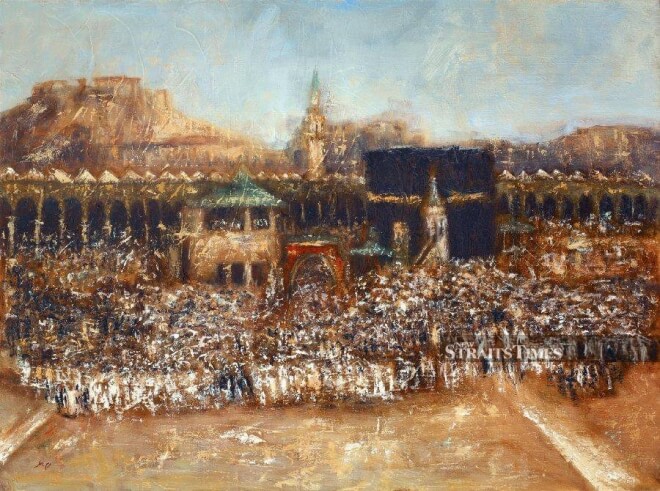 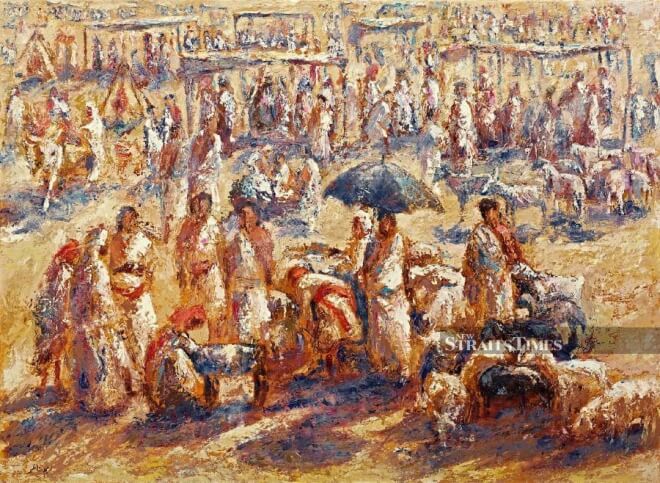 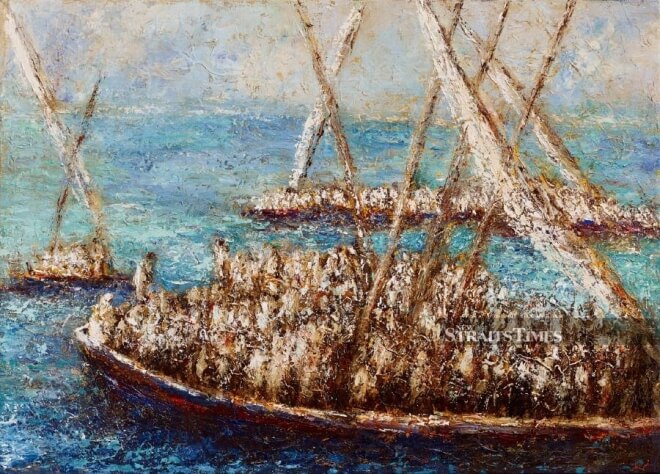 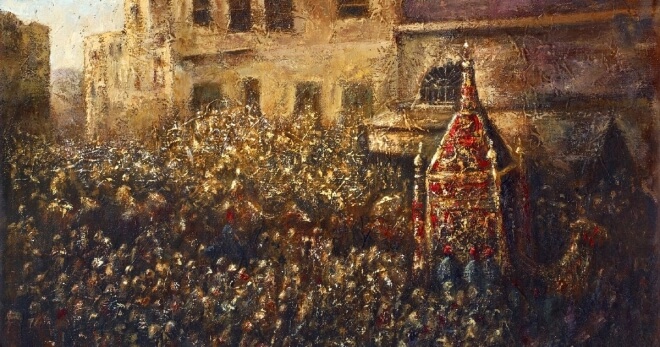 ALTHOUGH the Hajj season is a long way off, prospective pilgrims are no doubt training themselves for the experience already. These days, there are instructional videos on YouTube and every other contemporary resource.

Official tutorials are also available. A century or more ago, the undertaking was very different. Black-and-white photos and travellers’ accounts were the best preparation that pilgrims could find.

Now that there are so many visuals available, there is not a lot of mystery left. To bridge the gulf between the barely known and the viral is an exhibition at the Islamic Arts Museum Malaysia. Courtesy of the Barakat Trust, “Hajj Journey Through the Ages” takes us back in time through the eyes and easel of a contemporary artist.

Most remarkably, Reem Nazir is a woman. Being Saudi Arabian no doubt gives her an edge in some ways, but many visitors to the exhibition will marvel at the gender of the painter who has done so much, presumably without a muhrim driver. Of course, the beauty of Makkah is that driving is irrelevant. So, it seems, are other restrictions that are usually assumed to operate for the Muslimah of that nation.

The Arabia that Reem depicts is pre-Saudi anyway. It seems fitting that the first outing of this exhibition was at London’s Royal Geographical Society five years ago. This is one of those institutions that gets none of the media spotlight that falls on its American cousin, National Geographic, but has been around for almost 200 years. For 80 years of that time, women were barred from joining.

Most of Reem’s 43 paintings relate to the era in which the Royal Geographical Society was underpinning Britannia as she ruled the waves. There are numerous quotes from travellers to the Hejaz in the exhibition. Most of them are from Western converts to Islam.

Needless to say, there are Muslim authorities such as the irrepressible Ibn Battuta. Few have roamed the earth as extensively as this qadi from Tangiers. He even reached Malacca. His quotes are usually higher on the poetry scale than the later Western converts.

Upon seeing the Kaabah, Ibn Battuta compared the building with “a bride who is displayed upon the bridal-chair of majesty.” Reem’s accompanying painting conveys some of that wonder in her customary hazy, impressionist style. Those used to the sharp focus and lack of romance that come with digital imagery will need to adjust to this style that captures so much atmosphere.

Reem covers every aspect of the journey to Makkah and the activities of the pilgrims who reached the holy city. In days gone by, many did not make it. These are the stories of the survivors, though, and what a joyous throng they are too.

Those European Muslims who described the process were usually more precise than overwhelmed, while clearly being impressed by the quantity and devotion of the pilgrims. Most of the descriptions come from the Swiss rediscoverer of Petra, Johan Ludwig Burckhardt (Sheikh Hajj Ibrahim), and the more roguish Brit, Sir Richard Burton.

No relation to the film star and occasional husband of Elizabeth Taylor, he was an extraordinary character who made it to Makkah. He entered as a Muslim (Sheikh Hajj Abdullah), but the sincerity of his conversion has often been questioned.

After a difficult journey, the cosmopolitan sceptic records seeing Madinah, “In all the fair view before us, nothing was more striking, after the desolation through which we had passed, than the gardens and orchards about the town. It was impossible not to enter into the spirit of my companions, and truly I believe that for some minutes my enthusiasm rose as high as theirs.”

Reem comes close to conveying some of that wonder and enthusiasm. Visitors to the exhibition don’t have to put on a convincing act as Burton did. The colours sing as much as the stories and it’s the nearest that most non-Muslims are going to get to feeling the exhilaration that the Hajj induces.

There are also old photos on view. The contrast between 19th century monochrome precision and the full-colour reinterpretations by Reem Nazir make clear the gulf between those in search of spiritual nourishment and those on the lookout for captivating Instagram posts. In the end we must remember that Makkah is above all a place of pilgrimage and a religious obligation.

No matter how swashbuckling it must have seemed to Victorian travelers, and how full of shopping promise for modern tourists, its purpose is quite different. The bleakness of the surroundings highlights the call to a location that is described in the Qur’an:

“And (remember) when Ibrahim (Abraham) and (his son) Isma’il

(Ishmael) were raising the foundations of the House (the Kaabah at Makkah), (saying), ‘Our Lord! Accept (this service) from us. Verily! You are the All-Hearer, the All-Knower.’”

As the introduction to this exhibition goes on: With this sacred command, the history of Hajj originated and with it began the influx of pilgrims arriving from all corners of the earth, to visit His house in Makkah, in compliance with His summons to His prophet Ibrahim (peace be upon him)., “And proclaim to mankind the Hajj (pilgrimage). They will come to you on foot and on every lean camel, they will come from every deep and distant mountain highway (to perform Hajj).”


⇐ Previous:
You can now perform Umrah on Saudi visit visa
Next: ⇒
Alarm in Holy Land after visit by pilgrims with coronavirus