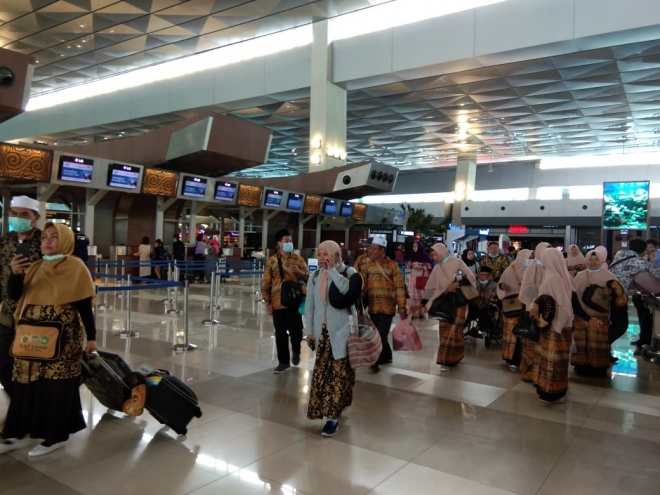 Indonesian Ambassador to Saudi Arabia Agus Maftuf Abegebriel is currently in the process of lobbying the Middle Eastern country to exclude visa-holding Indonesians from the temporary ban on all umrah (minor haj) pilgrims imposed by the kingdom amid coronavirus concerns.

In a statement issued on Thursday, the Indonesian Embassy in Riyadh said that Agus had approached Saudi Haj and Umrah Minister Mohammaed Saleh Benten to reconsider the ban on Indonesian umrah pilgrims, saying that the country with the world's largest Muslim population was not among those with confirmed coronavirus cases.

"The Indonesian ambassador is currently fighting for the fate of [Indonesian] umrah pilgrims who have obtained their visas," the statement said.

The Saudi Haj and Umrah Ministry has temporarily halted the issuance of umrah visas, following the Saudi government’s temporary ban announced on Thursday to keep the country safe from the coronavirus outbreak.

Data from the ministry shows that, as of last December, Indonesia contributed the second-highest number of umrah pilgrims with 443,879 arrivals, just below Pakistan with 495,270.

The news of the umrah suspension, which was one of several precautionary restrictions imposed amid the deadly virus outbreak, has been met with mixed responses from Indonesian officials.

President Joko “Jokowi” Widodo conveyed his respect for the Saudi administration’s decision to impose such a restriction, saying that it demonstrated the country’s swift action to protect its citizens from the coronavirus.

“We fully appreciate and respect [the decision]; it shows that the Saudi administration prioritizes health,” Jokowi said on Thursday.

As a result of the ban of Umrah travel issued by the government of Saudi Arabia to prevent the spread of the Corona / COVID-19 virus, thousands of pilgrims were forced to cancel their departure. (JP/Ardila Syakriah)

“Unlike other countries that have confirmed COVID-19 cases like Malaysia, Thailand, Singapore, India and Pakistan, Indonesia is still clean. The restriction will upset the 1 million Indonesian umrah pilgrims who go on minor haj every year,” Bambang said.

Low-cost carrier Lion Air has stated that it was still operating umrah flights as of Thursday afternoon. Lion Air spokesman Danang Mandala Prihantoro said the airline had been communicating with Saudi authorities regarding the restriction.