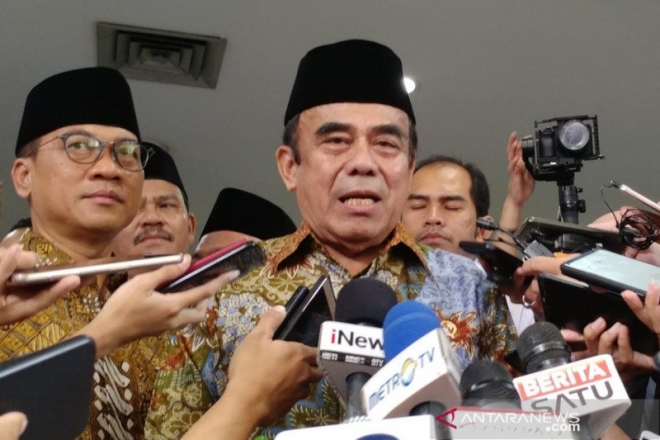 Jakarta - Indonesia's Religious Affairs Minister Fachrul Razi affirmed that preparations for the Hajj pilgrimage in 2020 had run as scheduled, notwithstanding the global uncertainty over the coronavirus (COVID-19) outbreak.

"Preparations are still on for the Hajj pilgrimage, and no changes are expected," Razi stated here on Monday.

Earlier, Saudi Arabia had suspended entry for umrah pilgrims, including those from Indonesia, over fears of coronavirus or COVID-19.

However, Razi noted that the arrangements for umrah, or minor hajj, are different, with Hajj pilgrimage this year starting in July.

Speaking in connection with reports that Saudi will revoke the temporary ban on the entry for umrah pilgrims on March 14, Razi noted that the government will await an official announcement from the Kingdom.

"No decision has yet been taken on this issue. We are still waiting for it," he stated.

Saudi Arabia did not offer a precise timeframe on the visa suspension on tourists and pilgrims.

The ministry has met with operators of airlines and travel agents that resulted in the agreement to allow umrah pilgrims to perform the minor hajj pilgrimage later without additional charges.

"Travel agents and airlines have agreed to not impose an additional fee on umrah pilgrims. Those who were transited in third countries already returned home," he stated.

New cases of Covid-19, the infection caused by the coronavirus that originated in Wuhan, China, continue to spread at a swift pace across the world.

Over 80 thousand people in some 40 countries have been infected with the new coronavirus, which emerged in December. Most of the cases are in China.