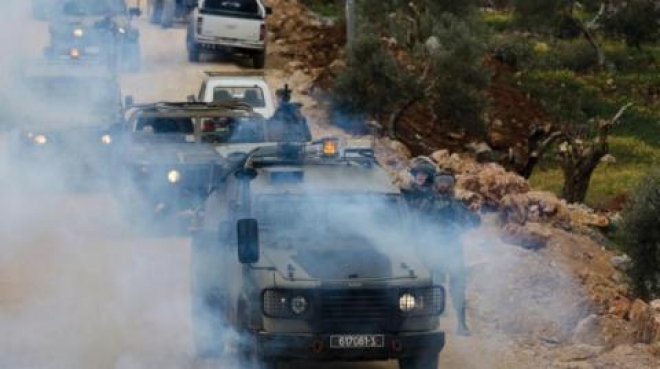 Settlers have again stormed al-Aqsa Mosque and performed Talmudic rituals in its courtyards, escalating tension in the city.

The Jerusalem Islamic Waqf said on Monday 226 settlers stormed the mosque under heavy guard from the Israeli occupation police.

Settlers entered through the Mughrabi Gate and carried out “provocative tours” in the mosque, it added.

This move has become frequent despite warnings from the Palestinian Authority and Jordan against Israel’s intentions to change the status quo in the mosque.

Israel tightens the screws on the Jerusalemites and tightens its grip on the mosque.

According to the Ministry of Awqaf and Religious Affairs, settlers have stormed the Mosque 20 times and attacked and prosecuted worshipers during the dawn prayer, while preventing the call to prayer at the Ibrahimi Mosque 49 times in February.

The ministry issued a report indicating that the occupation police has suspended the work of Head of the Islamic Cemetery Care Committee in the Jerusalem Islamic Waqf Hajj Mustafa Abu Zahra and Secretary-General of Fatah movement in Jerusalem Shadi Mutour for a period of six months.

It said Director of construction at Aqsa Mosque Bassam al-Hallaq and the employee, Kayed Jaber, were arrested from the mosque’s courtyards. The police also deported and arrested a number of guards and citizens.

“This escalation by the occupation forces against Aqsa and Ibrahimi Mosques indicates a clear increase in terms of the number of incursions,” said Undersecretary of the Ministry of Awqaf and Religious Affairs Husam Abu al-Rub.

The Israel's actions will not discourage Palestinians from being present in the mosques, he stressed, adding that Israel's decisions and plots will not alter their Islamic identity.