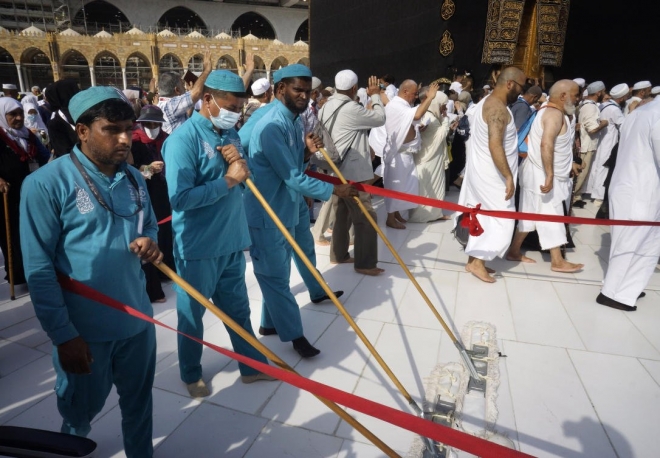 Saudi Arabia announced on Thursday that the Grand Mosque in Makkah and the Prophet’s Mosque in Madinah will close an hour after the Isha prayer and will open an hour before the Fajr prayer.

The closure was announced as part of measures to prevent the spread of coronavirus in the Kingdom.

The Kingdom suspended all Umrah pilgrimages on Wednesday over coronavirus fears.

The areas surrounding the Kaaba where pilgrims walk around it seven times and between the hills of Safa and Marwah where they perform a ritual called Sa’ee will remain closed until the Umrah ban is lifted. Prayers will be performed inside the Grand Mosque.

Bringing food and drink into the mosques is now prohibited and access to Zamzam containers will temporarily be stopped.

The Sacred Chamber in the Prophet’s Mosque in Madinah which houses the graves of Prophet Muhammad and his two companions, Abu Bakr Siddiq and Omar ibn Al-Khattab, will also be closed off to worshippers.