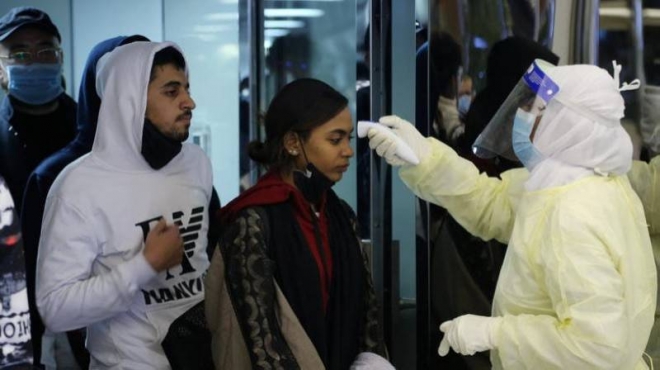 Saudi Arabia temporarily suspended on Thursday the travel of its citizens and residents to 39 countries including 27 European Union states amid a jump in the number of coronavirus cases from 21 to 45 with reporting of 24 new cases, including 21 in Makkah.

The new measures were taken as part of the Kingdom’s efforts to contain the spread of the coronavirus, Saudi Press Agency reported citing statements of the Ministry of Interior and Ministry of Health sources. The statements follow confirmation of the first case of recovery among the coronavirus infected persons in the Eastern Province on Wednesday.

“Saudi Arabia’s government decided to temporarily suspend the travel of citizens and residents, and to suspend flights to the European Union countries, as well as Switzerland, India, Pakistan, Sri Lanka, Philippines, Sudan, Ethiopia, South Sudan, Eritrea, Kenya, Djibouti, and Somalia,” said the source at the Ministry of Interior.

The government will also be suspending the entry to those coming from the aforementioned countries and entry to those who were in those countries within a time period of 14 days prior to their arrival to the Kingdom.

The Kingdom also suspended passenger traffic through land crossings with Jordan, while commercial and cargo traffic is still allowed.

The government’s decision grants Saudi nationals and citizens of those countries with valid Saudi residency visas 72 hours to return to the Kingdom before the travel suspension comes into effect.

The travel ban excludes Indian and Filipino medical practitioners working in the Kingdom and evacuation, shipping and trade trips, taking into account the necessary and required precautions.

The ministries of interior and health would coordinate while dealing with humanitarian and exceptional cases, without prejudice to the necessary precautionary and preventive measures.

The ministry said the new measures were taken in accordance with the preventive and precautionary measures recommended by the concerned health authorities in the Kingdom, as part of its decisive efforts to stem the spread of the virus, and also based on the keenness to protect the health and safety of citizens and expatriates.

It is noteworthy that the Kingdom on March 9 suspended travel to Oman, France, Germany, Turkey, Spain, United Arab Emirates, Kuwait, Bahrain, Lebanon, Syria, Iraq, Egypt, Italy, and South Korea. It also suspended the entry of those coming from those countries, and entry of those who were there during the 14 days prior to their arrival.

The Kingdom announced on Feb. 27 the temporary suspension of entry for Umrah performers in Makkah and visitors to the Prophet’s Mosque in Madinah, as well as tourists traveling from countries where the coronavirus poses a major risk to health and safety of people.

Later, it suspended Umrah performance of citizens from other Gulf states as well as that of domestic pilgrims.

Early on Thursday, Saudi Arabia confirmed 24 new coronavirus cases, bringing the total number of cases in the Kingdom to 45, according to a statement of the Ministry of Health.

The new cases include 21 Egyptian nationals who were in contact with the infected Egyptian visitor about which an announcement was made earlier on Wednesday.

Other new cases are a Saudi man and woman who were placed in quarantine after their return from Iraq and a 12-year-old Saudi girl, who was in contact with her infected grandfather, who had been previously declared coronavirus-positive in Qatif and who had returned from Iran.

“This brings the total number of infections to 45 cases, one has recovered and the rest of the cases are in quarantine and medical care is being provided to them according to the approved procedures,” the ministry said in a statement carried by SPA.

The ministry earlier announced the first recovery case among the coronavirus infected people. A Saudi citizen who was in medical isolation in Qatif Central Hospital in the Eastern Province has recovered and is currently in good health.

All medical tests and procedures related to his case have been completed and it has proven that the citizen is free of the virus, the ministry statement said, adding that he will leave the hospital soon.

The ministry urged all those who arrive in the Kingdom to declare the countries to where they had traveled before their entry into the Kingdom by contacting the ministry’s Emergency Call Center No. 937.

Dr. Muhammad Al-Abdul-Aali, spokesman of the Ministry of Health, said that there are 28 women among the total of 45 coronavirus infected people in the Kingdom. Of these, the condition of a Filipino, who arrived in the Kingdom via Italy, is critical.

Most cases, 22 in number, are reported in Makkah while 17 cases in Qatif, four in Dammam, and one each in Riyadh and Jeddah.

He also denied reports that some 600 cases were confirmed to have contracted coronavirus. He called on the public to contact the No. 937 to get informed of the correct information on the coronavirus situation.

He said this after a meeting of the committee in charge of following up the developments of the corona-related health situation.