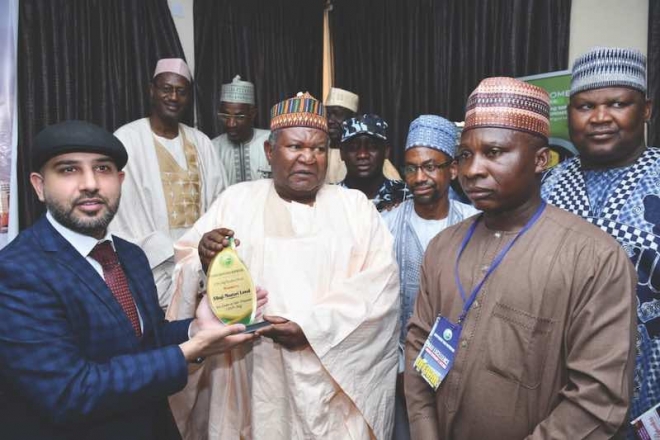 The aura of lack of transparency in the Katsina State Muslim Pilgrims Welfare Board has been a source of concern to faithfuls in the state for the past 20 years since its establishment in 1987. This scenario seems to have deteriorated in recent times, as prominent citizens continue to lament what they termed high level of abnormalities bedeviling the board. The illegalities are not only unleashed within the board’s jurisdiction but are also often extended to the Holy land of Saudi Arabia every year, following the inability of those entrusted with leadership position to conduct the affairs of the board as contained in the Act that established it.

This, perhaps, led to numerous impediments being experienced by the state government and pilgrims during Hajj operations in the Kingdom of Saudi Arabia. The challenges includes, but not limited, to lack of befitting accommodations for pilgrims in Mecca, logistics, financial racketeering, food, transportation and changing of accommodation paid for by the state government. However, no one has been able to muster the religious courage to take holistic measures to unravel the assumed abnormalities alleged to have been orchestrated by officials of the board in collusion with external forces, until last year, when the monstrosities were unraveled by the 2019 Amirul Hajj, Alhaji Muntari Lawal, while presenting the delegation’s report to Governor Aminu Bello Masari, shortly after the completion of the holy exercise in Mecca.

Presenting the report to Governor Masari at Government House, Lawal said for the past 20 years, the officials of the board have been deluding successive governors that they have secured accommodation around the Ka’aba. He added that one of the reasons the board and the state government encounter problems with pilgrims, annully, in the holy land was because the leadership entrusted with the welfare of pilgrims do not live up to expectation.

He said: “For the past 20 years, officials of the board would come and tell incumbent governors that we have secured accommodation around the Ka’aba. It is a lie. It has never been so, it is not true. We verified this, and members of my delegation are here to testify to this. The nearest accommodation to the Ka’aba is the one on top of a hill and even a car cannot go on the hill, and from there to the Ka’aba is about 30 munites. “The accommodation where members of the delegation were given rooms is about 50 minutes trek, and the location our women were accommodated is about 50 kilometres.

“The females’ issue is one of the worst I have ever seen in my life. The house was inhabited by rats and all sorts of insects and so, right from outside, you will not say it is a house. The house was not occupied for the past 60 years; there were no locks on the doors, the toilets were not functioning and the Air Conditions (AC) were not functioning. In fact, everything was in deplorable condition and that was where our women were given accommodation. To make matters worse, women were mixed with men in the same building and the space created to be a mosque in that place was not favorable for prayers, there was no light and the place looked like refuse dumpsite.”

Lawal, who is also the chief of staff to Governor Masari, explained that another challenge they encountered in the holy land was that of Mujamala visa, which he described as a terrible problem that befell the delegation. According to him, “I can recollect that this issue of Mujamala visa has been a terrible one for all of us in the delegation. We held meetings in the mosque about two to three times on how to address this issue. I had set up committees to address this very issue of Mujamala visa but couldn’t resolve it.”

He, therefore, called on government and air carriers to come out with an arrangement that would exclude the Mujamala visa holders from state pilgrims’ area “because these are people who did not go through the pilgrims offices, they will go and make arrangements for private visa and then, they will come and insist that they should be accommodated within the state pilgrims’ area.”

He lamented: “Unfortunately, all beneficiaries of Mujamala visa are very powerful people who cannot be challenged because of their influence, but in our recommendations, we asked government in collaboration with the board and air carrier, to come out with an arrangement that will exclude the Mujamala visa holders from state pilgrims.

“The Mujamala visa holders also insist on being fed with the food of the pilgrims. They insist on being transported in vehicles of the pilgrims. And because the operators of this system feel they are so big, it creates a problem and the state government in the process, lose money because at one point in time we had about 150 pilgrims who were not accommodated. I had to talk to His Excellency asking for his approval over the phone to allow me secure an accommodation for 150 pilgrims of Katsina State which he graciously did and we accommodated them. So, this is the type of embarrassing situation that arose as a result of this Mujamala visa.” Responding, Governor Masari said: “I could have dissolved the board when they were there (Saudi Arabia) but I was mindful of the fact that it will affect the operation. If not because of the role played by the leader and members of the delegation, the 2019 hajj would have been the worst.

Irked by the report, the governor immediately dissolved the board and sacked its executive director. He thereafter appointed Suleiman Nuhu Kuki as the new Executive Director of the board.

Meanwhile, the courageous Lawal, born on February 2, 1951 to an illustrious family of Islamic scholars, because of his outstanding performance during the 2019 hajj exercise bagged the Independent Hajj Reporters award as the best 2019 Amirul Hajj. Lawal started his Qur’anic and primary education at a tender age in the old city of Katsina, also famed for its pioneering role in Western education in the northern part of Nigeria.

After his primary education, Lawal went to the famous Barewa College Zaria, where he started his secondary school education before moving to the North Central State College of Arts and Science, also in Zaria as a pioneer student of what has now transformed into Hassan Usman Katsina Polytechnic, and Nuhu Bamalli Polytechnic, Zaria, Kaduna State.

After obtaining his secondary school certificate, Lawal proceeded to Paris, France to read International Relations/Political Science at the National Foundation of Political Science, which was the Premier French Institution of Higher Learning for Political/Administrative Studies, for his first degree. A brilliant polyglot, fluent in Hausa, English, French and Arabic, Muntari Lawal went back to the same institution for a Master degree, specialising in Asian and African studies. He returned to Nigeria in 1978 and went to Bayero University, Kano for his NYSC programme at the Department of Political Science, after which he joined the defunct Kaduna State civil service as Senior Assistant Secretary in the Governor’s office.