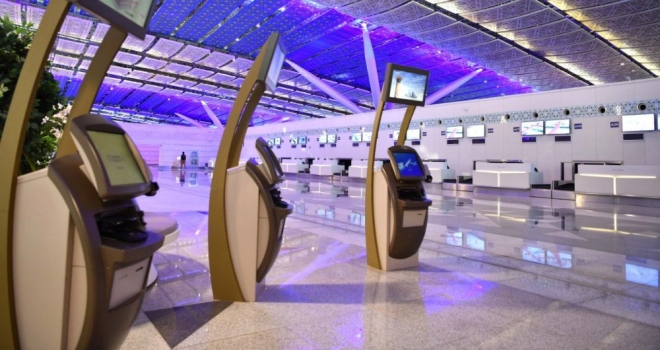 RIYADH: Saudi Arabia will suspend international flights for two weeks from Sunday to slow down the spread of the coronavirus, the Ministry of Interior announced on Saturday.

On Saturday, 17 new cases of COVID-19 infections were reported in the Kingdom, raising the total to 103 from the 86 on Friday.

The suspension will begin at 11 a.m. on Sunday, the ministry said in a statement carried by the Saudi Press Agency.

Some flights would only be allowed in "exceptional cases" during the two-week period, the ministry said.

For residents who cannot come back during this period, it will be considered as an official holiday.

Necessary arrangements will be made regarding health procedures such as examination and isolation according to the preventive measures approved for all arrivals.

The Ministry of Health, in cooperation with the Ministry of Interior, the Civil Aviation Authority and other relevant parties, will arrange for the arrival of citizens who wish to return, and the relevant procedures will be soon announced, the statement added.

Earlier this week, the entire European Union and 12 other countries in Asia and Africa were added to a list of countries in which travel to and from the Kingdom is suspended.

Meanwhile, Saudi Arabia’s Ministry of Sports announced the suspension of all sporting activities and competitions in the Kingdom on Saturday.

A statement issued by the ministry said that private sport centres and gyms would also close as of Sunday.