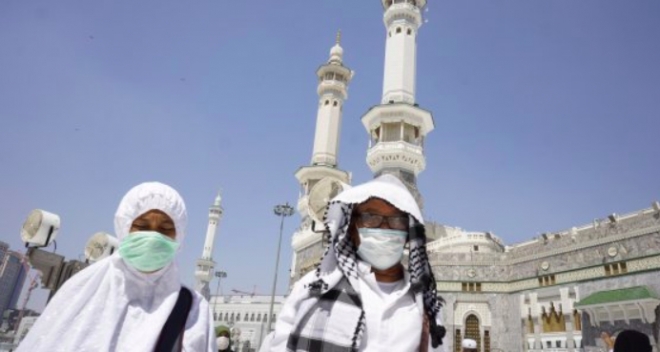 Closed mosques, cancelled pilgrimages, suspended gatherings… faced with the spread of COVID-19 and despite a certain amount of reluctance, Muslim religious leaders are left with no other choice but to adapt.

Startling photos of the empty esplanade surrounding the Kaaba have been seen the world over.

The holiest site in Islam, the Great Mosque of Mecca, was closed temporarily on 5 March in an effort to fight the spread of coronavirus, which to date has claimed nearly 4,000 lives.

The extraordinary measure has been followed by other decisions, such as the closure of the holy mosques of Mecca and Medina between the evening Isha prayers and morning Fajr prayers and a ban on Umrah (the “lesser pilgrimage”) until at least 15 April.

In Iran, where COVID-19 has already killed 300 people, tens of thousands of mosques were still closed on Friday, 6 March. The UAE’s Sharia Council – a government body – issued a fatwa prohibiting sick worshipers from attending mosque services.

In Morocco, the decision to suspend Umrah was met with “understanding,” according to a source from the Ministry of Religious Endowments and Islamic Affairs.

Although the possibility of shutting down congregational prayers has been suggested in the corridors of the ministries in question, “their cancellation isn’t on the agenda yet,” a member of the Ministry of Health commented. However, the same source asserted that health measures will be taken with the “approval” of religious authorities.

And yet, prayer services make it all too easy for the virus to spread. “The potential is great for mosques to expose people to illnesses.

At the beginning of the sermon, imams ask worshipers to get close to one another, shoulder to shoulder. In the midst of the coronavirus crisis, it’s better to turn away crowds of worshipers,” said Hafiz Chems-Eddine, rector of the Grande Mosquée de Paris, to which 300 other mosques in France are affiliated.

In response to the epidemic, on Monday, 9 March the rector decided to close the Grande Mosquée de Paris to the public, which attracts up to 10,000 worshipers for Friday prayer, along with all other places of worship in which more than 1,000 people can gather “until further notice.”

“The highest religious authorities agree on this point: our religion requires us first and foremost to combat the virus,” he said, reiterating that the Prophetic Hadiths teach that the virtues of preventive health measures take precedence over congregational prayer.

In places of worship that have not closed their doors, mosque directors are already seeing a decline in visitors during prayer times. Nevertheless, they are asking that worshipers take certain precautionary measures.

The Grande Mosquée de Cergy, one of the largest mosques in the Greater Paris region, has already implemented these precautions. “We’re being extra vigilant about implementing high hygiene standards and making soap available. And the imam is devoting a part of his sermon to preventive measures. Most worshipers are receptive to it,” a mosque volunteer said.

However, some countries are not willing to entertain such measures, like Senegal, where the head of communication of the Mosquée Massalikoul Djinâne in Dakar, Mor Daga Sylla, said that “we have no intention of cancelling prayer services at this time.

On the contrary, prayer is very important and constitutes an alternative way to fight the epidemic.” He even commended worshipers for their attendance on Friday, 6 March.

These comments come at a time when the country has four coronavirus cases and after the Senegalese Minister of Health Abdoulaye Diouf Sarr had met with religious leaders to enlist their support as soon as the first cases were to emerge.

Although religious dignitaries have ordered worshipers to follow health measures enacted by the government, they are also asking them to continue to attend mosque services.

In addition, while some public events, such as National Cleaning Day on 7 March, were cancelled, the Mouride community’s Magal of Porokhane celebration was maintained on 5 March.

Nevertheless, sentiment may be shifting after a new case was diagnosed on Wednesday, 11 March in the holy Mouride city of Touba. “Senegal needs to shut down all religious events, we’re going to raise the issue and take a decision to that effect,” the country’s health minister said during a press conference on Tuesday.

Elsewhere in Africa, Morocco decided on Wednesday to cancel its moussems, which are traditional religious festivals often tied to brotherhoods.

Seven days earlier, a government circular released ahead of Ramadan announced the cancellation of all gatherings “with the exception of moussems.” Since then, the country’s coronavirus cases have increased from two to six.

Highly popular events are being disrupted, such as the annual meeting of the Boutchichiya brotherhood, which attracts up to 150,000 worshipers from countries like Morocco, Algeria, France and Senegal for Laylat al-Qadr, the night between the 26th and 27th day of Ramadan.

The announcement was made by the Ministry of Religious Endowments and Islamic Affairs, which explained its decision as being based on “Sharia guidelines on protecting bodies and souls.”

Information circulating on social media in North and West Africa alerted Muslims to the cancellation of Hajj in July by the World Health Organization (WHO), although in reality the decision had nothing to do with the international organisation, as it was Saudi authorities who made the call.

More than 60,000 worshipers had already announced their pilgrimage, half of whom are Moroccan.

With Ramadan just over a month away, Muslims are wondering how the special month will be celebrated. And what about Tarawih prayers, which are conducted in the evening at mosques throughout Ramadan?

“The public’s dismay is palpable,” Mr Chems-Eddine said. “It’s a very important time for Muslims because it’s a month in which they can be more in touch with their spiritual side. We need to find answers to their questions.”