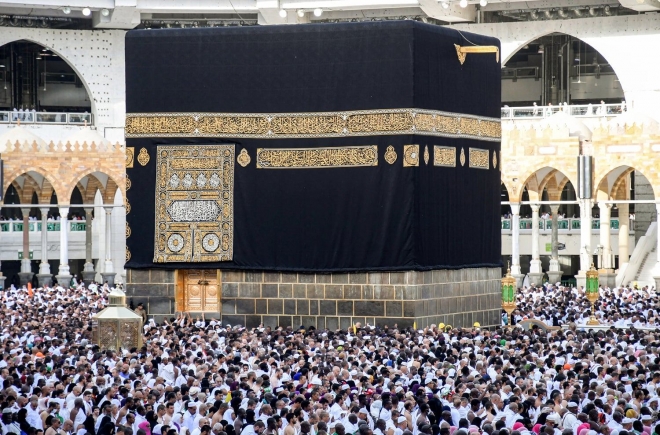 As Saudi Arabia announced 133 new cases of coronavirus, bringing the total number of infections in the Kingdom to 900, with a second death as a 46-year-old man from Makkah succumbed to the deadly virus, the Hajj 2020 is threatened.

Although, only a few cases were recorded in Makkah and Madinah so far, but according to Dr. Muhammad Al-Abdel Ali, spokesman of the Ministry of Health, in a briefing Thursday, that most of the new cases, 83 in number, were reported in Riyadh. There were 13 cases in Dammam, 10 in Jeddah, six each in Qatif and Madinah, five in Al-Khobar, four in Najran, two each in Abha and Arar and one each in Dhahran and Jubail.

The spokesman said that a total of 29 people have so far recovered from coronavirus in the Kingdom.

An order issued by Custodian of the Two Holy Mosques King Salman on Wednesday prohibits people of all the 13 provinces of the Kingdom from leaving the region or moving to another region.

Last week, the Saudi authorities closed the two holiest mosques to foreign travellers and banned pilgrims from entering the country as fears surrounding the coronavirus outbreak continue to grow in the Middle East.

Although the ban was temporary, but there was no indication how long it might last.

There are fears from different quarters particularly by those who had planned to perform bothe Umurah in Ramadan and also perform the Hajj pilgrimage in July this year. The lockdown and anounced yesterday by the Saudi authorities, it was gathered was based on King Salman’s keenness on the health and safety of citizens and expatriates, and based on what the relevant authorities have presented to the need for more precautionary measures to limit the spread of the virus.

According to Arab News report, the additional measures prevent entering and leaving the cities of Riyadh, Makkah and Madinah, with longer curfew hours imposed on all three cities.

These movement restrictions do not include groups previously exempt from the curfew. For more information about excluded groups, people can call 999, while residents of Makkah region can call 911.

Ministry of Interior spokesperson Col. Talal Al-Shalhoub said that there is a high level of commitment to the curfew instructions across the country.

“Everyone works for the good of the country, we are taking incremental steps according to the current critical situation.”

Al-Shalhoub added that security control centers on primary and secondary roads across the Kingdom will be responsible for enforcing the new measure.