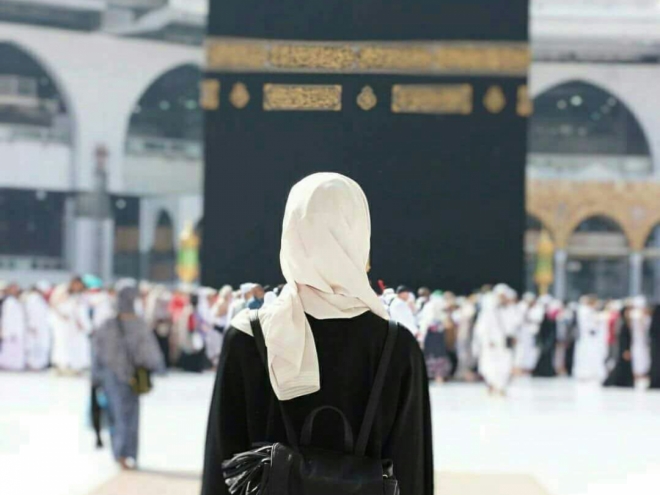 Year 2019 proved to be a wonderful year for me as I got lucky enough to visit holy Kaaba in Makkah. I had yearned to visit the holiest place on earth since my childhood and it was a dream come true.

The moment I landed in Medina, it was a moment of heightened euphoria. Every Muslim deserves and desires to be there and I could not thank Almighty enough for giving me this chance in my twenties. I held my husband tightly as I could not contain myself. A surreal sense of peace dawned upon me once we reached Makkah. This was the same place where our beloved Prophet (Pbuh) and his companions spent time and the place where Prophet Abraham proclaimed Hajj. There is diversity, beauty and charm as people from different countries throng this place to purify their souls and undergo a spiritual transformation. People drown their worries in the cup holding Zam Zam and cling to their faith.

The discomfort did not matter, the sweltering heat of July did not distract the pilgrims, and all were busy in the remembrance of Allah. Our journey started at Mina, situated 5 kms from Makkah. It holds a very important place for Muslims as stoning of devil takes place here at Jamaraat. After stoning the devil on first day, we offered our Zuhr prayer at Masjid Khauf. I was famished and thirsty. After offering prayers, I asked for a bottle of water to an African lady standing next to me which she harshly declined. I was surprised but did not utter a word. In the meantime, two women sitting on my right offered me two bottles of juice which I gladly took. The women belonged to Shopian and smelled my Kashmiri presence. I thanked them with immense joy and this was not my first encounter with my beloved people.

My first encounter with some Kashmiri women took place at airport where we assembled near washroom to perform ablution for Isha prayers. As we boarded our flight to Medina from New Delhi, most of the passengers happened to be from Rajouri and Jammu. The automatic taps gave a tough time to first time travellers who were elderly and not accustomed to these innovations. A woman from Kashmir looking irritated commented, “yum che pahadan manz rozaan, yuman kati tagi”. I was startled, how can she be so rude and insensitive. She looked for a response from me but I turned my head away praying God to forgive her. My second encounter was in an elevator with two Kashmiri men who had to offer Maghrib prayers. These two men were arguing on some point and one of them got harsh and cried in a fit of anger, “che haz chukh badtameez Heij” I suppressed my laughter and signalled my husband to do the same who was equally ashamed. The two men behaved as if they were on a merry trip and did not acknowledge our presence at all. It was embarrassing, too much embarrassing. We are born rebels and revolt is in our blood, I thought to myself.

After recovering from this episode, we were bused to Arafat on 9th of Zill Hajj which happens to be one of the most important days for Muslims. Here also, I met two Kashmiri women overstuffing themselves with the things provided to us. Everybody gladly receives the biryani boxes and other eatables but I often saw Kashmiri pilgrims taking three boxes instead of one and then throwing unused one in dustbin. I do not want to generalise this whole thing as some may even disagree with my observation. Kashmiri people are known for their hospitality and empathy but given the importance of this holy journey, we have to display immense respect to small details even like wasting food as I mentioned. During this holy pilgrimage, Any semblance of hate or impatience is unacceptable but unfortunately I saw my people often displaying impatience and arrogant behaviour.

My third encounter with a couple took place in Prophet’s Mosque, Medina where pilgrims offer prayers separately as opposed to Makkah where both genders offer their prayers together. Couples often fix a location in Masjid Nabwi after Salah and meet at the fixed corners or locations. While waiting for my husband, I saw a man screaming at his wife for making him wait. It was hurtful to see people breaking other’s heart at such a peaceful and sacred location. Hajj transforms a person completely, and we should thank Almighty for choosing us for this journey instead of screaming, complaining, fighting and debating while standing on such a revered and pious land.


⇐ Previous:
Minister to discuss Haj plans with Saudi envoy next week
Next: ⇒
Hajj cancellations over the centuries