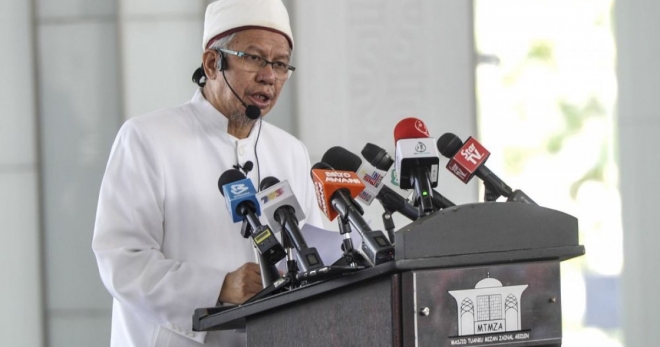 “We will discuss on the best plan of action and gather news on the latest developments. Only then, will we be able to issue a statement,” he said during the Jendela Fikir: Ujian & Hikmah Covid-19 programme aired via Bernama Radio here today.

He said this when asked to comment on the statement made by Saudi’s Haj and Umrah Minister Dr Muhammad Saleh Taher Banten, calling countries around the world to wait before finalising their Haj plans this year, until after the Covid-19 epidemic situation has settled.

In an interview with Al-Ikhbaria TV, Muhammad Saleh also said that those who have obtained Umrah visas but could not perform the religious act due to Saudi Arabia’s ongoing precautionary measures against Covid-19, would have their money refunded.

Meanwhile, Zulkifli advised the public to do beneficial acts while the movement control order (MCO) was being enforced.

He urged Muslims to spend their time reading the Quran, increasing their supplications, performing zikir and the congregational prayers at home.

The former Federal Territories Mufti also called on those who had attended the Ijtimak Tabligh gathering at Seri Petaling Mosque here, to get themselves screened.


⇐ Previous:
What would canceling Hajj mean for Saudi Arabia's economy?
Next: ⇒
My Encounters with Fellow Kashmiris at Hajj