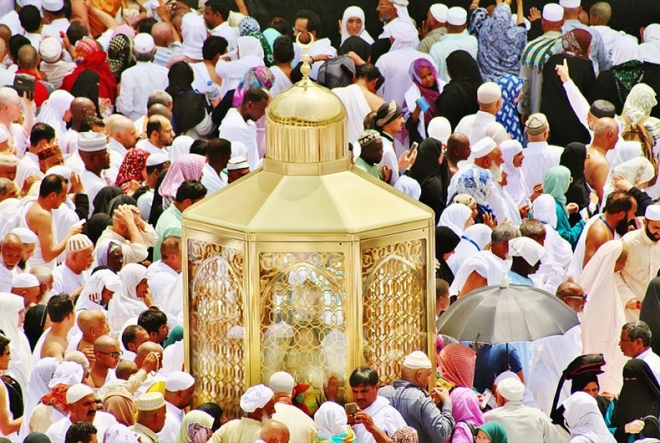 Uncertainty over Umrah travel to Makkah during the holy month of Ramadan Wednesday deepened further after the Saudi authorities asked Muslims to defer Hajj 2020 travel plans due to Coronavirus outbreak.

The likely date to start fasting in the month of Ramadan is April 23 or April 24, and the probable date for Hajj 2020 is July 28, 2020 - depending on the sighting of the new moon as per the tradition of Prophet Muhammad (peace be upon him).

However, instead of issuing clarification on Umrah travel during the month of Ramadan - which is barely 20 days away, the Saudis urged Muslims not to rush for their Haj travel plans which still have months to commence.

"We've asked the world not to rush with regards to Hajj groups until the path of the epidemic becomes clear, keeping in mind the safety of pilgrims and public health as a priority," Saudi Minister for Hajj and Umrah, Dr. Muhammad Salih bin Taher Banten, told Al-Ekhbariya TV on Tuesday.

The minister's statement came amidst the curfew and lockdown ordered in many cities of the Kingdom, including Makkah and Madinah, to contain the spread of Coronavirus (Covid-19).

The Kingdom has already suspended Umrah pilgrimage until further notice, halted all international passenger flights indefinitely and last week blocked entry and exit to several cities, including Makkah and Madinah.

In the rarest of rare case, the Saudi authorities have also restricted prayers inside the Mataaf area of the Makkah Grand Mosque, besides suspending daily and Friday prayers in all mosques of the Kingdom.

When Umrah Travel ban will be lifted?

Muslims around the world are closely monitoring the situation arising after the Coronavirus outbreak. They are patiently waiting to hear from the Saudi authorities to know when the Umrah travel ban will be lifted.

However, with the Minister avoiding any clarity on Umrah tour, especially during the month of Ramadan, and instead issuing advisory on Hajj which is still 04 months away, Muslims are apprehensive if the Umrah travel ban will be lifted before the start of Ramadan.

Umrah during the month of Ramadan has always been very dear to Muslims worldover. Though Umrah can be performed during any time of the year, the pilgrimage during the holy month of fasting has special significance. This is why about 25 to 30 Muslims from all over the world throng Makkah to perform Umrah in Ramadan.

However, in the absense of any clarity from the Saudi authorities, a number of travel agents are receiving calls from Umrah aspirants to cancel their bookings.

"Muslims are apprehensive because never in the recent past there has been any travel ban to the two holy cities of Makkah and Madinah. We are eagerly waiting for the situation to improve and Umrah travel ban lifted", Momin Iqbal Ahmed, who is performing Umrah during Ramadan since past few years, told ummid.com.

Similarly, there has never been any restrictions on travel during the Haj season. Health apprehensions were earlier raised during the outbreak of Swine Flu in 2009 ahead of Haj. However, the Saudi Arabia made the elaborate arrangement so that those performing Haj were in no way harmed.

Health situation because of COVID-19 pandemic is different. There have been 10 deaths reported among 1,563 cases of coronavirus in Saudi Arabia, which has infected some 800,000 people globally and killed more than 40,000.