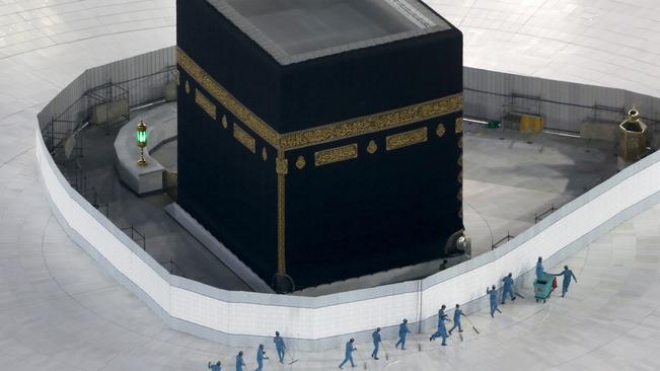 THE Kingdom of Saudi Arabia has requested that pilgrims postpone their Hajj bookings as the Middle East country battles the Covid-19 pandemic.

There have been more than 2700 confirmed cases of Covid-19 and over 30 deaths.

This year, Hajj was expected to start on July 28 and end on August 2.

Hajj is an annual Islamic pilgrimage to Mecca, in Saudi Arabia, and is a mandatory religious duty that must be carried out at least once by Muslims who are physically and financially able.

The postponement has put Mumtaz Ally’s lifelong dream of going on pilgrimage on hold.

But she remains hopeful that one day she will travel to Mecca with her mother, Mariam, 65, and husband, Hoosain Chothia, 41.

Ally, 49, of Crosby, in Johannesburg, said: “My dad was killed 20 years ago and after his death, I promised my mother I would take her to Mecca.

“He never got to take her on Hajj when he went, so I assured her she would experience the journey. After applying for accreditation with the South African Hajj and Umrah Council (SAHUC) five years ago, it was finally approved in January.

“I was at work at the time and I burst into tears of joy. When I told my mother everything was approved, she held me and cried,” said Ally, a senior manager at Nedbank.

The family was expected to leave on July 6, Ally’s 50th birthday.

But now her plans, and those of about one million others, are uncertain after authorities tightened travel restrictions.

Before the five-day pilgrimage, she planned to visit Islamic museums and attend Islamic lectures and programmes organised by the tour operators.

“When the travel agent told me to delay the pilgrimage, my heart sank. But then I realised it would be best to remain positive.

“We have to understand we are fighting a pandemic.

“If we don’t go then it is Allah’s will. But until it is officially cancelled, I will continue preparing for this once-in-a-lifetime journey.”

She said she was informed that if the pilgrimage was cancelled, she would be refunded or the money would be kept in a trust until they were able to travel.

Constable Hassan Khan and his wife, Fathima Hadim Hoosen, of Merebank, were about to make the full payment for their trip when he was advised to postpone.

Khan, 53, and Hoosen, 42, applied for accreditation in April 2015 and it was approved in February this year.

They were expected to travel to Saudi Arabia from June 25 to August 10.

“After applying, I began to save,” said the policeman of 15 years.

“My wife and I dreamed of going on hajj together.

“It is believed that when you complete the Hajj and return home, you feel like a new person and experience the feeling of new beginnings.”

He said he would keep a positive mindset and was certain they would travel to the holy city.

Irshad Malek, the president of the South African Muslim Travel Association (Samta) and the director of World of Travel agency, said 3 500 South Africans were accredited to travel this year.

He said until they received feedback, Hajj, for now, had been delayed and not cancelled.

Malek said Umrah, a pilgrimage to Mecca that can be undertaken at any time of the year, was also postponed after Covid-19 was recognised as a global pandemic.

“With the fasting month of Ramadaan at our doorstep, hundreds of worshippers desire to make their way to the sacred land of Saudi Arabia to fulfil this pillar of Islam.

“Sadly, this year there will be no flights into the Kingdom.”

Moaaz Casoo, the secretary-general of SAHUC, said they were also awaiting a decision from the Ministry of Hajj and that all Hajj administration was on hold.