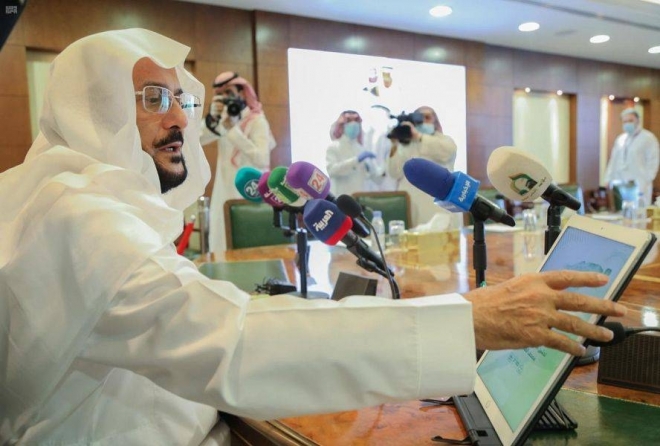 The app developed for both Apple and Android users by King Fahd Holy Qur’an Printing Complex in Madinah was unveiled during a ceremony held at the ministry’s headquarters in Riyadh.

Speaking on the occasion, Al-Asheikh said: “We are launching the second version of the Holy Qur’an application on the Android and Apple platforms with new features and updates keeping pace with developments in modern technologies in line with the Kingdom’s Vision 2030.”

“The application with its new updates — God willing — will serve all Muslims in the world in multiple languages, and will have a profound impact on disseminating the noble message of the holy book,” he added.

He pointed out that the Ministry last year, at the beginning of Ramadan, launched the application “The Holy City of the Prophet” in its first edition, which was downloaded by more than three million people around the world.

The application supports 13 world languages and is supported by important features such as options for a quick search of chapters, verse numbers, words and references, making browsing through social networking sites simple and easy.