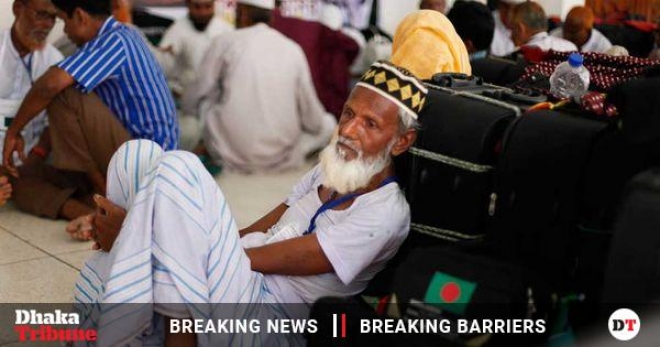 No new Hajj aspirants will be able to process their Hajj registrations this year as the government has suspended further registrations following a slim response from people.

The government had earlier extended the deadline for Hajj registration four consecutive times till April 30 considering the Covid-19 outbreak.

But only 66,000 aspirants have so far registered against a quota of 137,198 Bangladeshis to be allowed by Saudi Arabia to perform the holy pilgrimage.

“We received a slim response from aspirants till the fourth deadline and therefore decided to bring the registration to an end. No new aspirants will be allowed to process their hajj applications,” Alhaj Advocate Sheikh Md Abdullah, state minister for Religious Affairs, told Dhaka Tribune on Monday.

“It takes nearly two months to process a Hajj application and we do not have that much time anymore to process any new application under these circumstances,” he explained.

The hajj office remains open and the other activities of the secondary stage are going on in full swing, the minister added.

Stating that Bangladesh was in touch with the Saudi government on a daily basis, he said the 66,000 aspirants who had already registered would perform Hajj this year if “everything remains in place.”

“Hajj will be held in Saudi Arabia, but we have to wait till the decisions come about regarding how many pilgrims they will allow from any country, in this year of a global crisis,”  Abdullah added.

Meanwhile, hajj operators said people were little interested in the pilgrimage as there were doubts whether Hajj would be held this year or not.

In addition, media reports quoted Nurul Islam, secretary of the Religious Affair Ministry, as saying the Saudi authorities had asked Bangladesh not to proceed with this year’s Hajj plans.

However, Dhaka Tribune could not independently verify such claims.

Hajj Agencies Association of Bangladesh (Haab) General Secretary Faruk Ahmed Sardar said the government did not want to continue with the registration process anymore due to the shutdown.

Both the state minister and Haab general secretary said Hajj aspirants who had already registered would get refunds or could perform the pilgrimage next year in case Hajj was suspended this year by Saudi Arabia due to the Covid-19 pandemic.

Ministry sources said nearly 3,500 people had registered to perform Hajj under the government program while the rest are scheduled to participate through private arrangements.

On February 24, the cabinet had approved the draft Hajj Package-2020, fixing the minimum cost for a pilgrim at Tk3.15 lakh under package-3, managed by the government.

This year, 137,198 people were scheduled to go to Saudi Arabia to perform Hajj — 17,198 of them under government management.

Registration for Hajj commenced on March 2 and was scheduled to end on March 15, but was extended in four phases till April 30.

Hajj flights are expected to begin on June 23.