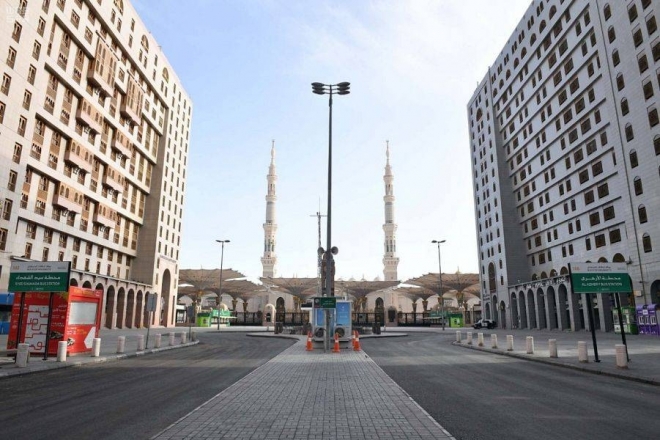 An official source at the Ministry of Interior stated that it was decided to ease the precautionary measures previously announced on March 27 in the districts of Al-Shuraibat, Bani Dhafar, Qurban, Al-Jumuah, part of Al-Iskan and Bani Khadrah in Madinah as of Saturday May 9 following the health authorities' recommendations.

The source at the Ministry said that residents in these districts will be allowed to move freely to meet their needs from 9:00 a.m. until 5:00 p.m., with the continuation of the work of the excluded activities and the implementation of health precautionary measures that have been previously announced.

The Ministry of Interior confirmed that these measures have been taken as part of the efforts being exerted by the Kingdom to preserve public health by preventing the spread of the coronavirus, and are subject to continuous evaluation with health authorities.

The Ministry also called upon everyone to assume their responsibilities and adhere to the precautionary measures in the interest of the public.


⇐ Previous:
NAHCON Will Decide on 2020 Hajj Pilgrimage
Next: ⇒
'Do not cancel hajj just yet': Sahuc warns hujjaj