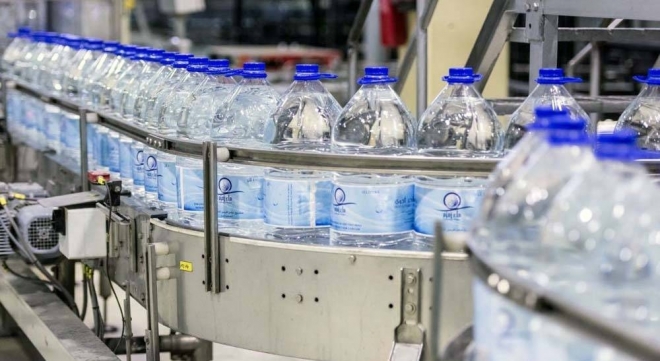 MAKKAH — The General Presidency for the Affairs of the Two Holy Mosques announced on Sunday the plan for the distribution of Zamzam water through some retail companies in all regions of the Kingdom.

The National Water Company (NWC), the main operator of the King Abdullah Zamzam Water Project in Makkah, is undertaking the distribution of the holy water in cooperation with some retail companies.

It has concluded agreements with some retail companies including Othaim Markets and LuLu Group for the distribution.

In the first phase of the national drive, NWC started distribution of Zamzam water bottles among the people of Makkah two weeks ago. Eng. Mohammed Al-Mowakali, CEO of NWC, said that the company started finding appropriate solutions to distribute Zamzam water in light of the precautionary measures to stem the spread of coronavirus.

The company announced earlier standardization of Zamzam water bottles to a capacity of five liters instead of 10 liters. The new package is part of the Project’s transformation plan in line with the Kingdom’s Vision 2030 to meet the increasing demand for Zamzam water bottles.

Al-Mowakali said that the temporary arrangement for the distribution of Zamzam, due to the outbreak of the pandemic, was made possible with the support of Minister of Environment, Water and Agriculture and Chairman of the Board of Directors of NWC Abdul Rahman Al-Fadhli, and Sheikh Dr. Abdul Rahman Al-Sudais.

The King Abdullah Zamzam Water Project had announced earlier the closure of all Zamzam water sales outlets until further notice. This was part of the precautionary measures to combat the coronavirus.