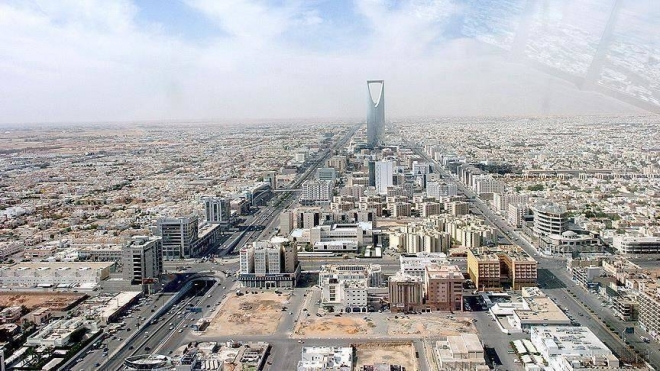 RIYADH — Saudi Arabia announced early Monday a slew of key fiscal measures to bolster the economy which is facing an unprecedented challenge in the face of global coronavirus pandemic.

An increase in the value-added tax rate (VAT) and suspension of cost-of-living allowances are among the important measures that have been announced by Minister of Finance Mohammed Al-Jadaan.

The hike in the VAT from 5 percent to 15 percent will be effective from the beginning of the month of July and a halt to the social allowance will begin from June this year.

The government has also taken some measures to reduce the expenditure amounting to SR100 billion which include a number of Vision Realization Programs and major projects for the fiscal year 2020.

Highlighting the importance of the measures undertaken, Al-Jadaan said: “These measures complement previously made decisions to mitigate the negative effects of the crisis from a health perspective, as well as economically and socially.”

He added that the government is committed to taking necessary and timely measures to protect citizens and residents, as well as the economy from the impact of the crisis. Al-Jadaan emphasized that the crisis caused by the global pandemic resulted in three economic shocks, each of which could in itself have an extremely negative effect on the performance and stability of public finance had the government not intervened by taking measures to absorb them.

The minister explained that due to the precautionary measures undertaken worldwide to combat the pandemic, the first economic shock was the unprecedented decline in oil demand, which led to lower oil prices and a sharp decline in oil revenue that represents a main source of public revenue for the state budget.

Secondly, the necessary precautionary measures undertaken to protect the lives of citizens and residents and to prevent the spread of the pandemic have led to the suspension or reduction of many local economic activities, which had a negative impact on non-oil revenue and economic growth.

The third economic shock was the unplanned expenses that required government intervention by increasing provisions for the healthcare sector to support the preventative and treatment capacity of health services, in addition to the adoption a number of initiatives to support the economy, mitigate the economic effects of the pandemic and maintain jobs for citizens.

‏Al-Jadaan stated that these challenges combined have led to a decline in public revenue and exerted pressure on public finances in a way that could not be dealt with later without causing harm to the overall economy of the Kingdom in the midsummer and long-term. Therefore, further reduction in expenditures is needed, as well as undertaking measures that support the stabilization of non-oil revenues.

‏Accordingly, the Ministry of Finance and the Ministry of Economy and Planning have presented these financial and economic developments and the proposed measures to tackle them; and a directive has been issued to undertake the most suitable and least harming measures.

‏Also, to improve spending efficiency, a ministerial committee has been established to study the financial benefits paid to all employees, contractors and those of similar status whom are not subject to Civil Service Law in government ministries, institutions, authorities, centers, and programs, and present its commendations within 30 days.

“We are facing a crisis the world has never seen the likes of which in modern history, a crisis marked by uncertainty and difficulty to forecast its range and ramification due to daily developments that require governments to deal with it vigilantly and to make the suitable decisions at the right time and adapt to conditions in a way that safeguards public interest, protects citizens and residents and provides basic needs and necessary healthcare services, the minister stressed.

“These measures that have been undertaken today, as tough as they are, are necessary and beneficial to maintain comprehensive financial and economic stability on the medium and long-term for the interest of the country and its citizens.”


⇐ Previous:
Haj for Singaporeans deferred amid COVID-19 concerns
Next: ⇒
Zamzam to be distributed Kingdomwide