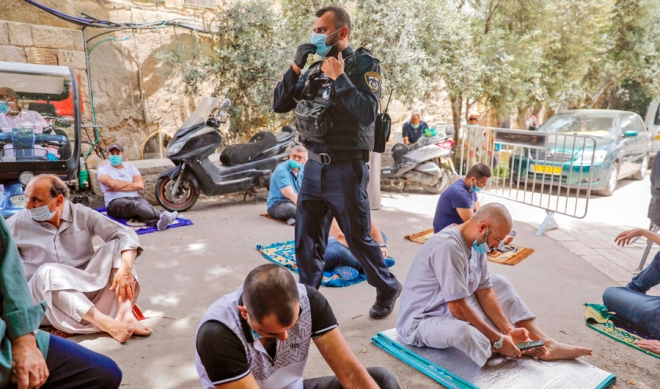 Al-Aqsa Mosque is to stay closed until after Eid-Al-Fitr celebrations, following a decision from the Islamic Waqf Council on Monday to keep the holy site shut in order to save lives amid the coronavirus outbreak.

Council member Mahdi Abdelhadi said all issues related to the opening of the mosque had been discussed, but the authority upheld a previous decision to keep it closed. There is an exception for waqf staff, who have continued to pray at Islam’s third holiest mosque.

“Mosques in Makkah, Madinah, Al-Azhar, Amman and other mosques have also been closed for the same reason, which is the protection of the health of worshippers,” he told Arab News.

The council called on the Jordanian waqf department to do what was needed in terms of health precautions to prepare the mosques and other facilities within the Haram Al-Sharif site to be open when lockdown conditions allowed.

Wasfi Kailani, who is director of the Royal Hashemite Fund for the Restoration of Al-Aqsa, told Arab News that waqf authorities had no tools to regulate worshippers if they were to return.

Officials fear they will not be able to control those coming in if the mosque reopens and that the influx will prevent physical distancing, which is a vital measure in the fight against the spread of the virus.

The prolonged closure means that worshippers will not be able to go to Al-Aqsa Mosque on Wednesday night for the important occasion of Laylatul Qadr, which commemorates the night that Allah first revealed the Holy Qur'an to Prophet Muhammad (peace be upon him) through the Angel Gabriel.

The council’s decision to keep the mosque shut coincides with fresh attempts by Jews to restart their unapproved visits to the mosque.

Yehuda Etzion and Arnon Segal have been petitioning for Jews to access the site, denied since the lockdown started. They have argued that preventing Jews from going to the site while Muslims are allowed is unconstitutional.

Waqf sources told Arab News that if there was any change or if the Israeli police allowed Jews in from the Moghrabi Gate, which is under the control of Israeli police, then Muslim worshippers would also go.

Jews and other visitors regularly make unapproved trips to the mosque with police protection.