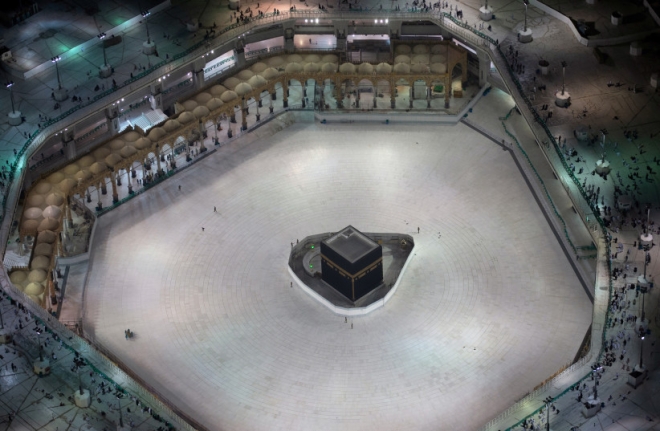 Despite the overwhelming risk and fears surrounding the coronavirus, together with the role international travel played in the severity of the spread, the Islamic Republic's head of Hajj and Pilgrimage Organization (HPO) said registered applicants have already reserved 88% of Iran's share in the annual hajj pilgrimage, undeterred by Saudi Arabia's request urging Muslims to postpone their plans for the week-long ritual until further notice.

The full Iranian share in the hajj is around 87,000 participants annually, according to Radio Farda. Comparing this year's registration figures to those of previous years, many Iranians are opting to sit out the hajj amid coronavirus fears.

Saudi Arabia urged Muslims to wait before making plans to attend the annual hajj pilgrimage until there is more clarity surrounding the deadly coronavirus pandemic, the kingdom’s minister for hajj and umrah said in March. (Unlike hajj, the umrah pilgrimage can be done year round.)

Considering that Saudi Arabia has not officially announced its position on this year's hajj, set to take place July 22 through August 19, Rashidan said registration and selections have gone on as they had in previous years. He added that training courses for the religious journey are currently being held online in light of the coronavirus pandemic.

As of press time, Saudi Arabia has reported 67,719 cases of the coronavirus, and the kingdom has registered 364 deaths as a direct result of the viral spread. According to Iranian Health Ministry figures released on Saturday, 59 people died in the previous 24 hours, bringing the death toll from the pandemic in Iran to 7,359, with 133,521 having been infected.

Some 2.5 million pilgrims usually flock to the holiest sites of Islam in Mecca and Medina each year for the week-long ritual, which is a once-in-a-lifetime duty for every able-bodied Muslim and a major source of income for the kingdom. The bulk of Iran's 87,000 annual pilgrims tend to be elderly, and therefore stand a greater risk of succumbing to the coronavirus.

The largest annual gathering of Muslims is scheduled to begin in late July, but the coronavirus outbreak has raised questions about whether it can or should go ahead given the risk of spreading the disease further in large gatherings.

Cancelling the hajj would be unprecedented in modern times, but curbing attendance from high-risk areas has happened before, including in recent years during the Ebola outbreak.