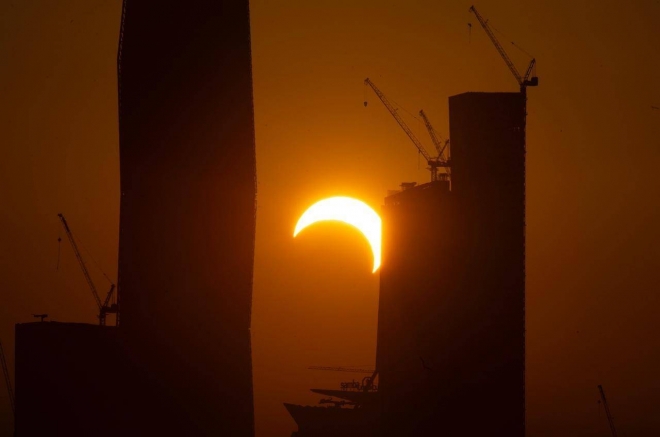 Saudi Arabia will witness an annular solar eclipse on June 21, giving a rare celestial fiesta. The eclipse will be seen in Sharurah governorate at a ratio of 96.16 percent and will be visible for two hours and 42 minutes. In Sharoura, it will start at around 6:59 a.m. and will be peaking at around 8:13 a.m. before ending at 9:41 a.m.

The National Astronomy Center at King Abdulaziz City for Science and Technology (KACST) said the eclipse occurs when the moon is perfectly aligned between the sun and the earth. When the moon is farthest from the earth, it looks like a dark disk on top of another bright disk, making the appearance of the sun to be like a ring of fire.