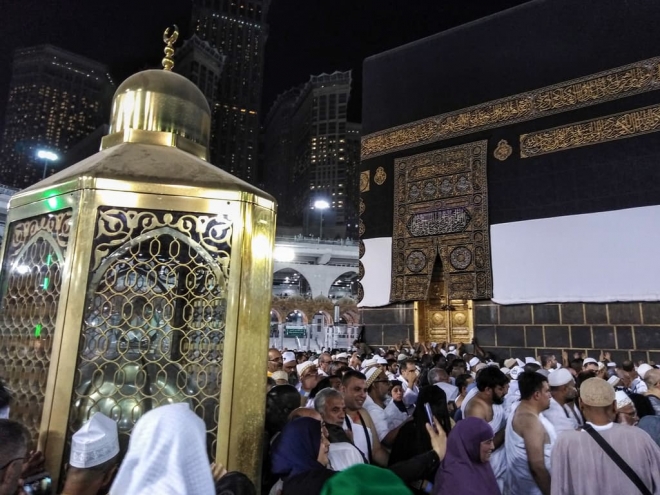 Saudi Arabia could drastically limit numbers at the annual Haj pilgrimage to prevent a further outbreak of coronavirus after cases in the country topped 100,000, sources familiar with the matter said on Monday.

Some 2.5 million pilgrims visit the holiest sites of Islam in Makkah and Medina for the week-long Haj, a once-in-a-lifetime duty for every able-bodied Muslim who can afford it. Official data show Haj and the lesser, year-round Umrah pilgrimage earn the kingdom about $12 billion (Dh44 billion) a year.

Two sources familiar with the matter said authorities are now considering allowing "only symbolic numbers" this year, with restrictions including a ban on older pilgrims and additional health checks.

With strict procedures, authorities think it may be possible to allow in up to 20 per cent of each country's regular quota of pilgrims, another source familiar with the matter told Reuters.

Some officials are still pushing for a cancellation of the Haj, expected to start in late July, the three sources said.

The government media office and a spokesman for the Haj and Umrah ministry did not respond to requests for comment.

Limiting or cancelling Haj will further pressure government finances hit by the plunge in oil prices and the pandemic. Analysts predict a severe economic contraction this year.

The kingdom halted international passenger flights in March, and on Friday it reimposed a curfew in Jeddah, where haj flights land, after a spike in infections in the city.