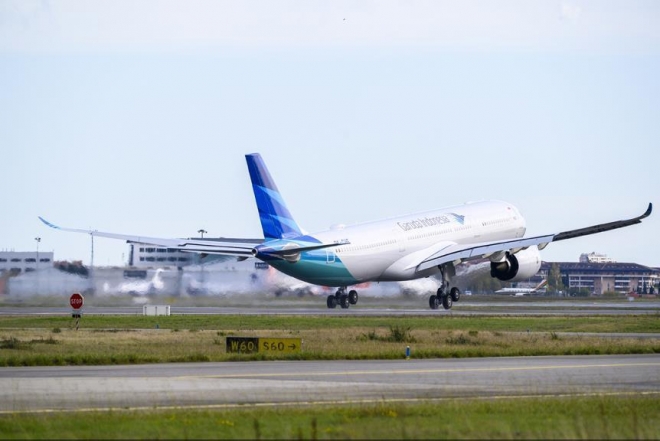 Garuda has shed more light on the impact of the coronavirus pandemic on its operations, with the cancellation of Hajj pilgrimage flights coming on top of the wider collapse in the air travel market.

The pandemic has led to lower demand for air travel, a reduction in flight frequencies, and the need to implement additional health protocols for every operating flight, the state-owned carrier said in an 8 June stock exchange disclosure.

It also notes that the decision of Indonesia’s Ministry of Religious Affairs on 2 June not to permit Indonesians to perform the Hajj this year due to the pandemic; Hajj flights typically contribute around 10% of its total revenue.

The airline made the comments in response to a query by the Indonesia Stock Exchange, regarding two reports by news site on Garuda’s current performance.

Garuda’s chief executive Irfan Setiaputra was quoted in a 3 June report on the Investor Daily site as saying its revenue had declined “by nearly 90%,” with the airline grounding 70% of its fleet and load factors now below 50%.

Meanwhile, a 3 June report by the Kontan news site indicated that Garuda is expected to take a Rp3.4 trillion ($243 million) revenue hit from the cancellation of Hajj flights for the 2020 season. Garuda is also listed as one of the four carriers appointed by the Ministry of Religious Affairs to operate Hajj flights this year, alongside its low-cost subsidiary Citilink, as well as Saudi carriers Flynas and Saudia.

Separately, Garuda says it is still working on the terms and conditions of a bridging loan from the Indonesian government, to ensure the maximum benefit for the airline.

Garuda is set to receive an Rp8.5 trillion ($570 million) bridging loan from the Indonesian government, through a stimulus package order signed by president Joko Widodo on 11 May. Although the government has yet to offer details of the loan, Arya Sinulingga, a special advisor at the Ministry of State-owned Enterprises, was quoted in a 14 May CNBC Indonesia report as saying that Garuda was allocated the loan because of a $500 million sukuk - or Islamic bond - that will mature in June.