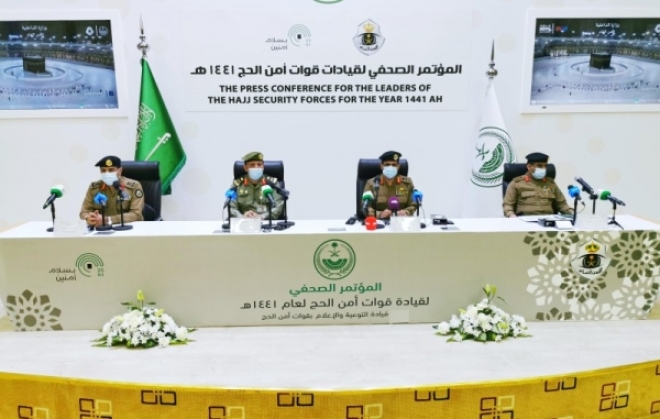 Maj. Gen. Zayed Al-Tawaian, commander of the Hajj Security Forces, said that only those who have valid Hajj permit will be allowed to enter the holy sites and penalties will be imposed on violators.

Fines amounting to SR10,000 will be slapped on each person who enters the holy sites of Mina, Muzdalifah and Arafat without a Hajj permit.

A ban on entry to the holy sites without a Hajj permit came into force from Sunday, July 19, 10 days before the annual pilgrimage, which is expected to begin on July 29.

Al-Tawaian said this in the first press conference of the commanders of the Hajj Security Forces at the headquarters of the Uniform Security Operations Center (911) in Makkah to brief all on the security plans for the entry points to Makkah and the holy sites.

“All security preparations and arrangements for this year’s Hajj have been completed and a limited number of pilgrims will perform the annual pilgrimage and that is in accordance with strict precautionary measures and preventive protocols in the wake of the coronavirus pandemic situation,” he said

He added that there would be a complete security cordon at the holy sites encompassing the movement of pilgrims.

For his part, Maj. Gen. Khaled Al-Juaid, assistant commander for Hajj and Umrah Affairs, said that the penalties for the violation of instructions for this year’s Hajj season are imprisonment and fine.

“Penalties will be imposed on companies that transport pilgrims without Hajj permits, and the penalties include 15 days in prison and a fine of SR10,000. The penalty will be doubled if the violation is repeated,” he said.

Only a limited number of 10,000 domestic pilgrims are allowed to perform Hajj this year in the wake of the outbreak of the coronavirus pandemic.

Around 2.5 million foreign and domestic pilgrims had performed Hajj last year. Out of the total 10,000 pilgrims, 70 percent will be foreigners residing in the Kingdom while the remaining 30 percent are Saudis.

Among Saudis, only health practitioners and security personnel who have recovered from coronavirus will be allowed to perform Hajj and they were picked from the database of the recovered persons who have fulfilled the health criteria to perform the Hajj rituals.

This is in recognition of their commendable role in taking care of the health of various segments of the society in all phases of the fight against the pandemic.