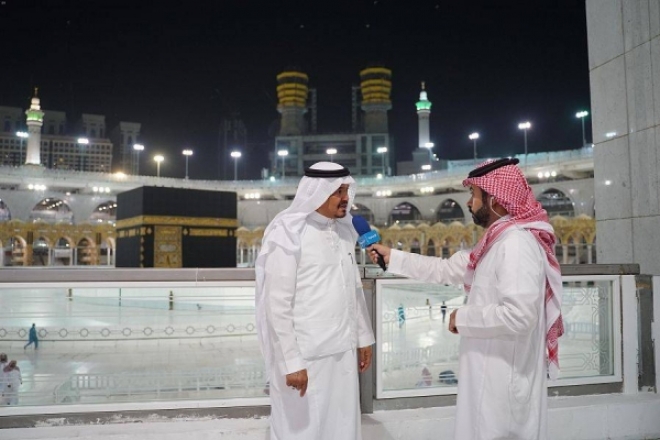 Saudi Arabia's Minister of Hajj and Umrah Dr. Muhammad Saleh Benten said on Friday that there will be no exceptions in this year’s Hajj, stressing that no official will be allowed to perform the pilgrimage.

“Custodian of the Two Holy Mosques King Salman Bin Abdulaziz gave clear orders not to have any exceptions during this year’s Hajj,” the minister said in his press statements.

He said that all our plans for this year’s Hajj have been put in place in a clear and strict way, starting from the house quarantine.

Commenting on the process of selecting pilgrims for this year’s Hajj, the minister said: “There was absolutely no human interference in choosing the pilgrims participating in this year’s Hajj. We had a transparent and robust mechanism in place.”

Lauding the efforts made by the government, Benten said: “The Kingdom has worked to create the safest conditions for the pilgrimage as to ensure human safety while striving to inhibit any infection among pilgrims.”

Half a million pilgrims were in the Kingdom when the pandemic started last March. Strict preventive measures were enforced to prevent a wider spread of the infection in Makkah and Madinah, Benten pointed out.

He added that during the last decade, Saudi Arabia served over 150 million Muslims performing Hajj and Umrah from around the world.


⇐ Previous:
‘The beginning of the rest of my life’
Next: ⇒
First batch of Hajj pilgrims arrives in Jeddah from Qassim