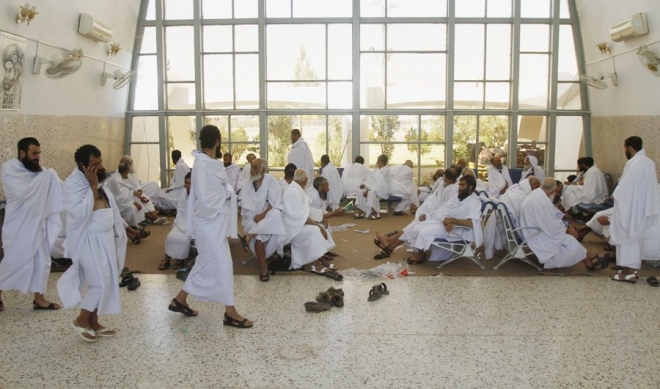 KABUL: An Afghan man is using his time and Hajj savings to help poor people in his home country, following Saudi Arabia’s decision to severely restrict pilgrim numbers to contain the coronavirus pandemic.

“Perhaps Hajj was not written in my destiny this year, we might as well help the needy people and this in itself is similar to going on Hajj,” Tajuddin Sangarwal told Arab News.

The 42-year-old resident of Logar, south of Kabul, added that the pandemic had left people jobless with a majority struggling to make ends meet.

“Based on information from preachers in mosques and radios, people in different parts of Afghanistan have been badly affected by coronavirus and (therefore), we have decided to help them in whatever way we can.”

As of Sunday, the Health Ministry recorded more than 36,000 infections and 1,259 coronavirus deaths across the country.

Himat Shah, a tribal elder from Samangan province in northern Afghanistan, said: “God does not need our Hajj or worshipping, but he loves if we give charity to people, helping them to reduce their poverty and hunger."

Sangarwal and Shah are not alone. With the pilgrimage cancelled for the nearly 30,000 Afghans who constitute the Hajj quota, people from Logar and across the country are engaging in charitable deeds.

Kabul resident Rahmatullah said he would be using half of the $5,000 he had saved for Hajj to help the needy.

“I had saved money bit by bit from years of work as a tailor specifically for Hajj, but now it has become apparent that the door of God’s house will not be open for us this year,” he told Arab News.

“Initially, (I) felt really sad, but the more I think about it now, (I) feel happy and have come to this conclusion that it is better to give the money to some of the countless poor, widows, orphans and those who have lost their livelihood because of war and lately due to coronavirus in Afghanistan.”

He recalled a poem by the Afghan poet Maulana Jalalludin Balkhi, who had advised pilgrims to focus on helping a needy neighbor, relative or next of kin with Hajj money as “God would be more pleased with it.”

“God can hear us repent anywhere. He will be pleased more if I and others help poor people, so they do not starve and resort to bad deeds for survival,” Rahmatullah said.

He added that some of his neighbors, friends and family members, who had either planned to go for Umrah or Hajj, had pooled their savings in order to help the underprivileged.

Pir Mohammad Ahmadzai, who runs Air Gateway Travel and Tours, said he had heard from clients about their willingness “to individually give Umrah money to poor people as it is not clear when they will be allowed to perform Hajj.”

He added that his father also did the same thing when he was not able to travel for Hajj this year.

Fazl Ahmad Husseini, the head of the publication department at the Ministry of Religious Trust and Hajj, urged those who were missing Hajj this year to spend on needy people in Afghanistan.

“The people have largely welcomed our call because we are an Islamic country, people need help here, and each drop counts,” Husseini told Arab News.

He called on Saudi Arabia to increase the assigned quota for Afghan pilgrims next year if and when the pilgrimage resumed to accommodate locals who had missed Hajj this year.