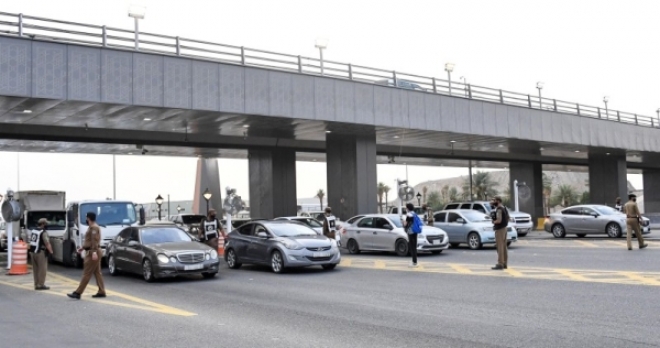 MAKKAH — Hajj security forces arrested on Tuesday 244 people who were attempting to infiltrate into the holy sites to perform Hajj in contravention of the coronavirus precautionary measures and preventive protocols. Punitive measures have been taken against them after collecting evidence, the Saudi Press Agency reported quoting a spokesman of the Public Security.

The spokesman called on all the Saudi citizens and expatriates to strictly abide by the regulations issued with regard to the performance of Hajj and not to attempt to enter the holy sites without a Hajj permit. “The security men have clamped a tight security cordon in and around the holy sites to enforce these regulations and catch the violators,” the spokesman said.


⇐ Previous:
Dedicated paths for each group of pilgrims at Grand Mosque
Next: ⇒
One health leader assigned for every 50 pilgrims for this year’s Hajj