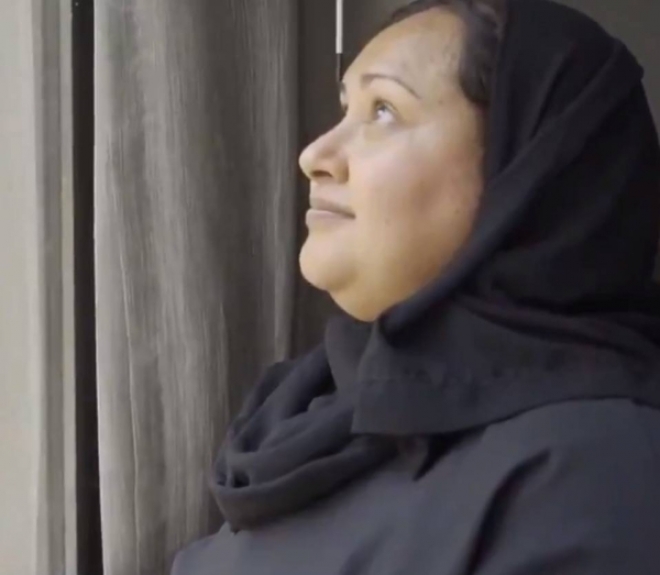 MAKKAH — Azra Aly, a South African pilgrim performing Hajj 2020, sums up her strong feelings about the profound spiritual journey: “This could very well be the beginning of the rest of my life.”

Azra, 38, works as an English language teacher in Jeddah and has been living in Saudi Arabia for the past six years.

Azra’s late grandfather, Qassim Ali, was a well-respected Imam. She was born nine years after his passing but had constantly heard inspirational stories about him, his character and his dedication to his community. She looked up to him, despite not having had the chance to see him, and wondered why her father did not live by the same set of values and principles as he did.

Azra and her siblings had a tumultuous experience at home, with her parents being separated when she was only nine years of age. She would often find herself asking Allah why this was happening. She would apologize for doing so and then ask again, and the process would repeat itself.

Reminiscing, Azra says: “In 2011, after a heated argument with my family — out of nowhere and completely randomly — I boldly proclaimed to my mother that I would leave them and go to the desert.”

After moving to Saudi Arabia, she learned how to perform Umrah and had undertaken the minor Islamic pilgrimage 18 times since. Throughout this experience, she kept her grandfather in the back of her mind and in her soul, almost like a mental and spiritual compass.

What was most remarkable to Azra about her grandfather, was the story of his passing. He had passed away in 1973 in sujood while leading the Asr prayer on a Friday.

“His death sent ripples across the Muslim community as people recounted the details repeatedly to each other, and their children, and grandchildren over the decades.”

Her grandfather had changed her life and she needed that refuge. When the announcement came for Hajj 2020, she remembered how a relative once told her that Hajj had changed his life. She applied and Azra was accepted.

“I was in disbelief! Elated! Maybe He (Allah) has not abandoned me. Maybe He’s been waiting to help me fix whatever is broken, Azra said.

“I don’t know what to expect from here, but what I do know is that I want redemption, clarity and peace. I feel terrified for some reason but at the same time, this could very well be the beginning of the rest of my life.”


⇐ Previous:
Nearly 2,400 liters of sanitizers used daily to clean Grand Mosque
Next: ⇒
'Hajj is the best birthday gift for me'