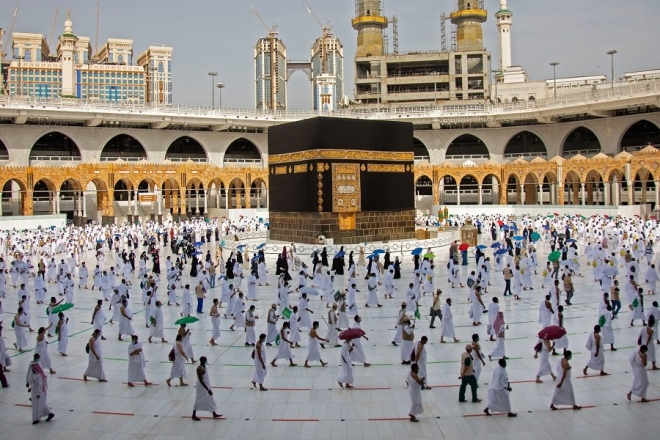 Saudi Arabia’s Hajj pilgrims will move back to Makkah’s Grand Mosque on Sunday to perform the last circumambulation of the Kaaba - when worshippers walk around the Kaaba seven times – marking the completion of this year's Hajj pilgrimage, Al-Arabiya TV channel reported.

Some worshippers will then be transported to the hotel for self-isolation, while others will return to their hometowns for a 14-day quarantine.

“We are working to implement the approved plans to make this year’s Hajj pilgrimage successful in accordance with preventative and precautionary measures from the arrival of the pilgrims to Makkah up until they complete the farewell tawaf,” the Commander of the Grand Mosque’s Security Special Forces, Major General Yahya bin Abdulrahman Al-Aqil told Saudi state news agency SPA.

The worshippers will get into the Grand Mosque via designated doors and will be required to follow specific marked paths to keep distance between each other. They will then begin the circumambulation of the Kaaba.