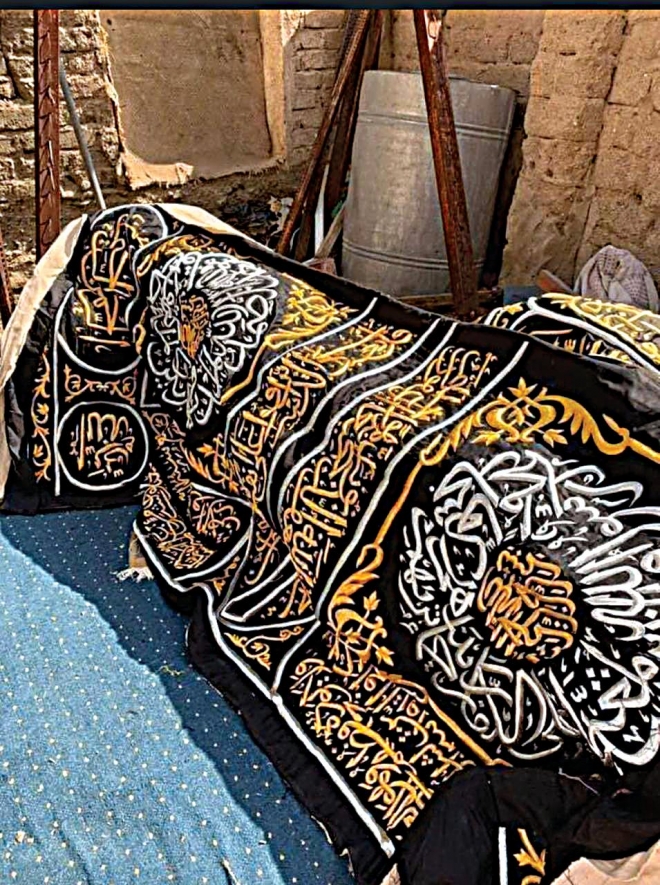 Historic Makkah has welcomed pilgrims for thousands of years and detailed records of its past and present are contained in the holy city’s museums.

Ten museums housing many rare artifacts showcase the culture and heritage of the city through fascinating collections and displays.

Each center has its own unique exhibitions with specialties including Islamic currencies, crafts of Makkah, regional folk heritage and general displays documenting the Kingdom down the ages.

The Two Holy Mosques Architecture Exhibition is one of the most prominent museums in Saudi Arabia and is home to treasures and artifacts dating back more than 1,400 years.

Opened in 2000 during the reign of the late King Fahd, it contains seven main halls highlighting Islamic civilization.

Tourist guide, Eitimad Ghazzawi, said the exhibition contained treasures and relics from the era of the Prophet Muhammad’s companions. “The museum also houses in its corridors the art and history of the Kaaba and the Grand Mosque.”

In addition, it features paintings of the Two Holy Mosques and a maquette of the expansion of the Grand Mosque in Makkah throughout the eras. The oldest item in the museum from the time of the Prophet Muhammad’s companion, Abdullah bin Al-Zubair, is a wooden column that was one of the inner pillars of the Kaaba and is almost 1,300 years old.

Ghazzawi added that there was also a copy of the Qur’an written during the reign of Caliph Uthman ibn Affan, containing drawings, letters, and elegant calligraphy.

Dr. Fahd Al-Maliki, the general supervisor of the museums department at Umm Al-Qura University, said: “Museums have a great mission no less important than other cultural bodies in terms of urban development and improving the public’s tastes.

“They are also a service that every member of society should enjoy to acquire knowledge and culture provided by any museum, which captures culture in a visual manner. For children and youth, a visit to the museum plays an important role in moving emotions and enlightening minds.”

He noted that the role of museums was not limited to preserving artistic riches but also deepening artistic culture. “Museums are places that help visitors, whether scholars or ordinary people, enjoy, study and benefit from their artistic and cultural components.

“The mission of these museums in Makkah is providing the opportunity to achieve artistic richness by contemplating its contents, which include excellent creations of its artistic value, because of its authenticity in conveying the emotions and thoughts of the people of Makkah, thus reflecting Saudi society and helping establish spiritual and cultural values.

“The importance of the museums in Makkah are due to it being the birthplace of the Prophet Muhammad’s message. The prophet’s story took place in Makkah, and from it the light of truth traveled to the whole world.

“Makkah’s museums reflect the transformation in the museums industry today and their central roles, in addition to contributing to the enlightening of society. Moreover, museum activities are developed to fulfill their mission professionally,” Al-Maliki said.

The Museum of Human Heritage, owned by Majdoua Al-Ghamdi, tells the stories of the Kingdom’s leaders. Its exhibits include household appliances used in Makkah before electricity was introduced, a section on Saudi tribes, and displays on the role of the city’s residents in serving pilgrims and the history of the ancient Madrasah Al-Sawlatiyah, one of the oldest schools in the Arabian Peninsula.

Al-Ghamdi said that the museum included Byzantine and Roman coins of all kinds — gold and various metals — and the Islamic dinar, silver, and gold used during the Umayyad era, in addition to weapons such as cannons, knives, daggers, swords and guns.

“The private museums of the holy capital integrate with each other to provide knowledge and cultural diversity, in addition to being an important source reflecting the cultural and historical balance of Makkah, which God has blessed with great heritage ingredients during different ages,” he added.

He noted that the museums provided a knowledge portal that reflected the values of the present and the beauty of the past while immortalizing the stories, literature and lives of people through the ages. “They also provide inspiration for the cultural and knowledge depth that we have continuously experienced since the dawn of history and until the abundant Saudi era, which did its utmost to serve the Two Holy Mosques,” he added.

Al-Ghamdi pointed out that the exhibits of the private museums reflected visitor preferences. “This makes us more in harmony with their tastes, and we strive to simulate the visitors’ cultural vision and stimulate their creative passion.”

Sami Kurdi, another private museum owner, said that he spent 40 years collecting metal objects and his exhibits told the story of the struggle of Makkah’s ancestors and their great civilization.

Al-Kurdi Museum houses more than 100,000 artifacts, some of which are at least 200 years old. There are displays of old prints of the Holy Qur’an, manuscripts, books, coins and paper money from 140 countries, home utensils, ancient wooden artifacts, stamps, pictures, maps, newspapers and magazines.

Kurdi said that he started his heritage museum project by collecting postage stamps from post offices, the Philatelic and Numismatic Society, and extracting them from letters. It then developed into collecting old coins and paper notes.