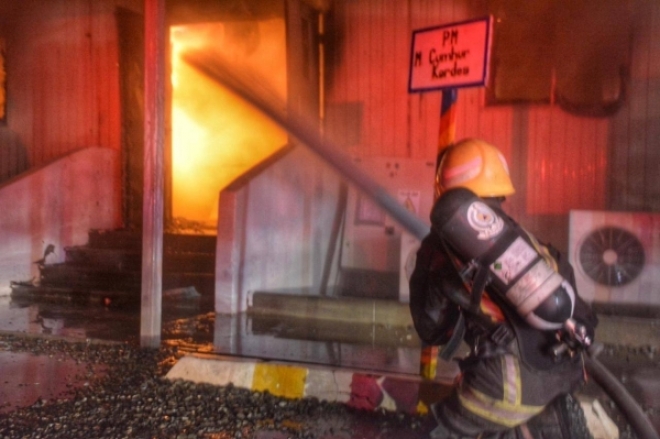 JEDDAH — The Civil Defense teams were battling to put out a blaze that broke out inside the courtyard of the Haramain High-Speed Train station in Sulaymaniyah district here on Thursday evening.

The spokesman said the fire originated from the makeshift cabins being used as administrative offices, covering an area of 2060 meters in the courtyard. Fire crews were working to contain the fire at the site that had not spread to adjacent areas and the crews were still engaged in putting out the blaze completely, he said adding that no one was hurt in the accident.

It is noteworthy that the renovation of the station, which was badly damaged due to a massive fire on Sept. 29, 2019, began earlier this week. The station had been out of operation after the fire. The Haramain train service resumed operation last December after a halt of two and a half months following the fire.

Later, the service had been suspended again following the imposition of travel restrictions due to the coronavirus pandemic in March this year. The authorities have started preparations for the resumption of the train service between Makkah and Madinah via Jeddah and King Abdullah Economic City of Rabigh next month.