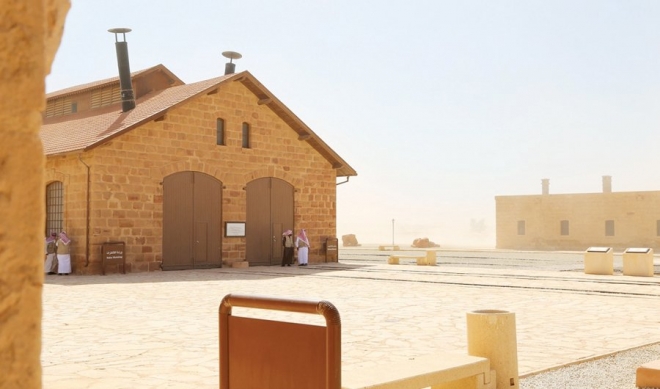 Located just outside Hegra is Hejaz Railway Museum, which showcases part of the Hejaz Railway network that once ran through the Hejaz, or western Saudi Arabia.
Guests can learn how important the transportation system was to Islam and view some of the remains of AlUla station, including original tracks and trains. The original station, which was bombed by the British in 1917, still stands in AlUla. Tourists can take photos of the compound but are not allowed to enter.

The Hejaz railway was a monumental project proposed in the early 20th century by the Ottoman Empire. The line was meant to make pilgrimages to Madinah easier for Muslims in outlying countries, but because of its enormous overheads, and complications with building after the start of World War I, the line was shut down and never reinstated.

The remains of the line, which span from Damascus to Madinah, are designated as a UNESCO World Heritage Site and are one of the most treasured landmarks in Saudi Arabia.