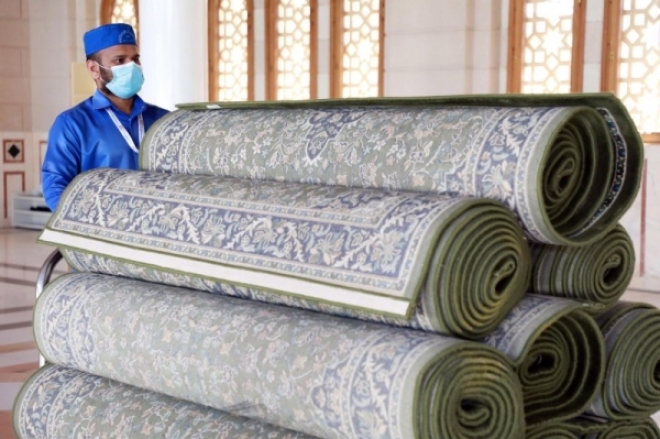 MADINAH — The Agency of the General Presidency for the Affairs of the Prophet’s Mosque is preparing to roll out as many as 7,000 carpets at the expansions and courtyards of the Prophet’s Mosque from Thursday, Muharram 1. The move is in line with the directives of Sheikh Abdul Rahman Al-Sudais, head of the Presidency for the Affairs of the Two Holy Mosques, the Saudi Press Agency reported.

The agency said that the spreading out of carpets will be done from the time of Fajr (morning) prayer of the new Hijri year strictly in compliance with the precautionary measures while ensuring a physical distance between worshipers. Three worshipers will be allowed to use one carpet with a distance of 180 cm between two worshipers, the agency added.