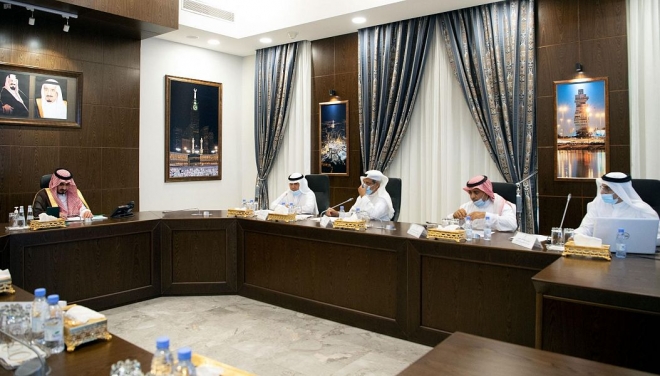 The Deputy Governor of the Makkah Al-Mukarramah region in Saudi Arabia, HRH Prince Badr bin Sultan bin Abdulaziz, discussed details of the ongoing construction works being implemented in the expansion of the Grand Mosque in Makkah during a meeting.

The meeting, chaired by the Deputy Governor at the headquarters in Jeddah, included representatives of relevant authorities involved in the latest expansion developments.

Prince Badr bin Sultan reviewed the components of the third phase of expansion, which aims to increase the capacity of the Grand Mosque to 1.7 million worshippers, at approximately 107,000 worshippers per hour, while facilitating traffic movement through the completion of the first ring road.

Prince Badr bin Sultan was also informed about methods being implemented to accelerate the pace of work, while adhering to safety procedures and quality standards, according to the state-run Saudi Press Agency.