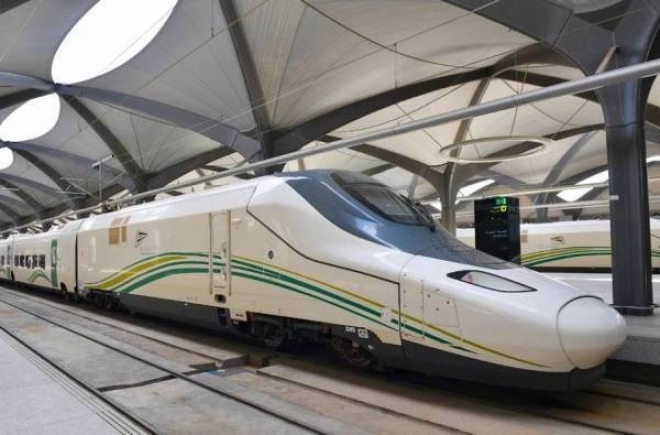 JEDDAH — The resumption of Haramain High-Speed Train services between Makkah and Madinah via Jeddah and King Abdullah Economic City of Rabigh has been postponed until further notice, according to the Train Project sources.

It was announced earlier that the train service would resume in September and the procedures for the start of reservations would be announced shortly. “The decision to postpone the resumption of service was taken as part of the measures to ensure the safety of passengers due to the continuing exceptional circumstances that the transport activities are going through globally due to the coronavirus pandemic,” the project said in a statement on Tuesday.

In a statement on May 31, the Haramain Train Project management had notified that the operation of the train service would resume in the month of September and that the work related to increasing the capacity would be completed by that time as per the ongoing planning.

“In view of the continuing exceptional circumstances that transport activities are going through globally due to the COVID-19, and in the interest of the safety of passengers, the operation of the Haramain Train services will remain postponed until further notice. The evaluation of the current preventive situation will continue on a periodic basis, and the announcement about the developments will be made through the official channels of the train project,” the statement added.

The Haramain train services resumed operation last December after a halt of two and a half months following a massive fire that struck Sulaymaniyah station in Jeddah. The station was out of operation after the fire. Later, the service had been suspended again following the imposition of travel restrictions due to the coronavirus pandemic in March this year.

The suspension period was used to complete all additional work so as to meet the increasing demand to transport travelers between the two holy cities. There were 12 daily round trips between Makkah and Madinah with regular schedule trips five days a week and each train trip carried more than 400 passengers. There are 30 Saudi captains who have completed their training from Spain to operate the trains.