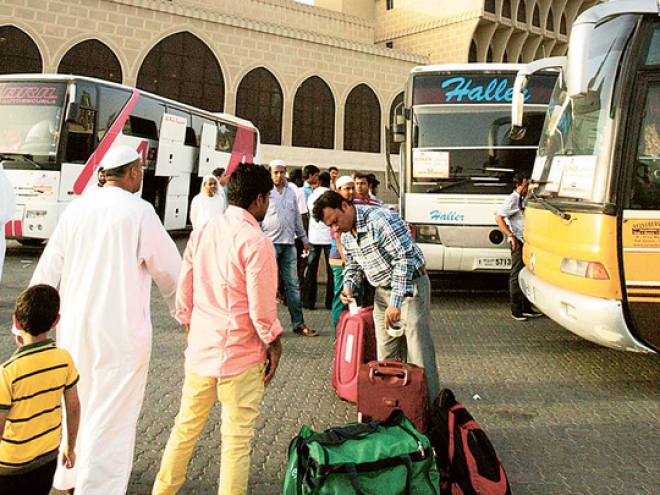 Over 300 Umrah companies face the prospect of being forced out of business after the Saudi Ministry of Umrah and Haj requested them to pay more than SR 600 million in fines after their Umrah pilgrims failed to leave the kingdom in due time, Okaz newspaper reported today.

Owners of some such firms said they had been notified by the ministry to check with the General Directorate of Passports to pay the fines due to their failure to report about overstaying pilgrims. They denied wrongdoing and knowledge about the names of pilgrims, who had overstayed after performing the Umrah.

The firms’ owners also proposed to the state bodies concerned to form an ad-hoc committee to investigate the situation, citing financial losses their businesses have incurred after the Umrah trips were halted earlier this year.

In late February, Saudi Arabia suspended the Umrah journeys until further notice as part of measures to curb the spread of the new coronavirus.

Okaz said a spokesman for the Ministry of Haj and Umrah declined to comment, while a Haj and Umrah Committee at the Chamber of Commerce called for scrapping the fines.

“The committee appeals to the Ministry of Haj to address the competent agencies to issue security permits to all companies and institutions in line with the regulations and exempt them of the fines imposed by the General Department of Expatriate Affairs so that they will be able to serve the Umrah pilgrims,” the panel’s head Marwan Shaaban said.

Millions of Muslims, who cannot afford the high costs of the Haj, are often content with performing the Umrah in the months that precede and follow the annual Haj pilgrimage.