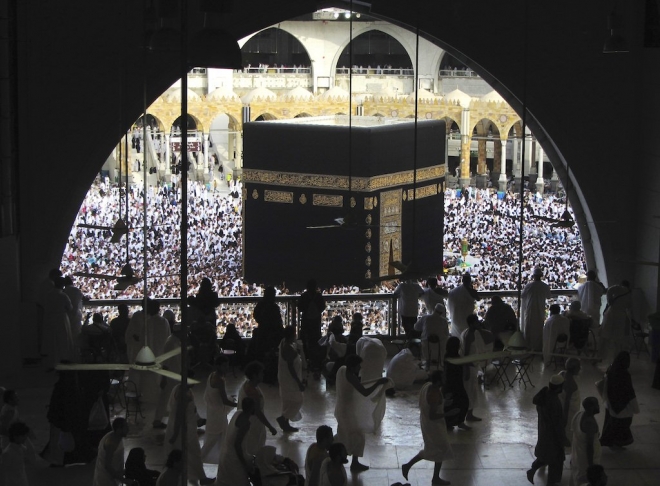 MAKKAH: The suspension of Umrah in Saudi Arabia, which was implemented to prevent the spread of COVID-19, will be lifted in phases, Saudi authorities announced on Monday.

Minister of Hajj and Umrah Mohammed Saleh Benten said that while public health remains the Kingdom’s top priority, his ministry is studying a three-stage plan for the gradual restoration of the pilgrimage.

During the first phase, Saudi citizens and expatriates living in the Kingdom will be allowed to perform the minor pilgrimage. However, Umrah services will operate at 40 percent of the normal capacity. This will be increased to 75 percent in the second phase, and in phase three full capacity will be restored and pilgrims from outside the Kingdom will be allowed to return.

During all three phases, the ministry said, strict health precautions will be enforced.

Benten said the ministry stands by all the people — investors and workers — involved in the sector during this time of institutional transformation. It wants, he added, to empower Umrah companies and related organizations to become strong economic entities that provide high-quality services through the I’tamarna application, which will make it easier for pilgrims to book their journeys.

Benten said more than 30 local and international companies will provide services to the pilgrims through an electronic platform that will enable the service providers to carry out the necessary follow-up while serving pilgrims. He added that Umrah companies and institutions serve more than 16 million pilgrims from the Kingdom, the region and the rest of the world.

He also stressed the importance of early registration for Umrah, and said that Umrah companies are responsible for conducting studies to identify the needs of pilgrims, including those who arrive through transit countries. Citizens of 80 countries can now visit the Kingdom for Umrah without requiring a visa and this number will rise, Benten added.

Abddulfattah Mashat, the deputy minister of Hajj and Umrah, said that a forum had been organized, titled “Managing Institutional Change and Transformation in the Umrah Sector,” with the aim of enriching the experience of Umrah pilgrims. The economics of Hajj and Umrah are not limited to the services provided to pilgrims but also include many other optional services and logistics, he added

The ministry is working to manage the institutional transformation effectively, improve services, enrich the experience and enhance the sustainability of the sector to serve more pilgrims.

He said pilgrims traveling from other nations previously had to go through an agent and a registered Umrah company to obtain a visa and make other arrangements. However, the ministry is taking steps to improve the entire system, he added.

As part of the planned transformation of the sector, Mashat said that an Umrah company will be able to acquire existing companies and either merge with them under its name, or form a new entity.

In light of this transformation of the sector, he stressed the need for businesses to change the concept of the services they provide and develop new business models.