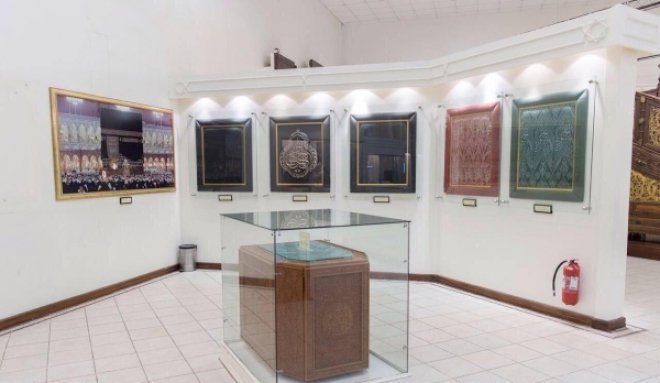 MAKKAH — The Museum of the Two Holy Mosques will open for the Umrah pilgrims and visitors from Oct. 18 (Rabi Al-Awwal 1) after a hiatus of more than six months.

The gradual resumption of Umrah service and visit to the Holy Mosques effective from Oct. 4 facilitated the reopening of the museum, which was established by the General Presidency for the Affairs of the Two Holy Mosques.

Sheikh Abdul Rahman Al-Sudais, head of the presidency, has issued directive to reopen the museum as part of the gradual reopening all other external facilities and institutions run by the presidency, according to a report carried by Al-Arabiya.net.

The museum, which highlights the cultural and historical dimension of the Two Holy Mosques, is unique in its character in the entire Islamic world as it showcases relics from the Grand Mosque in Makkah and the Prophet’s Mosque in Madinah that are preserved since several centuries.

The museum was inaugurated by the late Emir of Makkah Prince Abdul Majeed on 25 Shawwal 1420. The museum extends over 1,200 square meters and its exterior design is in harmony with the unique Islamic decoration of the Holy Mosque. It is located next to the Kaaba Kiswa Factory in Umm Al-Jood neighborhood of Makkah.

The exhibits in the museum include pillars, marble insignia, and historical photos. There are two standout items: the ornate teak wooden stairwell on wheels, which dates back 1824 and was used to access the Kaaba, and a historic pair of the Kaaba’s spectacular giant gilded metal doors.

The fourth section is the photo hall, which contains a collection of the most important old and rare pictures of Makkah and Madinah, which dates back to 1299, apart from the manuscript hall, which showcases a collection of manuscripts and rare copies of the Qur’an, including a photocopy of the Holy Book, written during the reign of Caliph Othman Bin Affan.

It also showcased the old railing of the Zamzam well with a copper pail, dating back to 1882, used to draw water. The idea of the museum emanated from the need to preserve the invaluable Islamic artifacts from the Two Holy Mosques. The great expansions that took place in the two Holy Mosques through the ages led to the presence of these artifacts, inscriptions and architectural pieces.

The Presidency determined that it is necessary to establish a museum that includes these acquisitions. The exhibition is an Islamic masterpiece, which is keen to visit various people from inside and outside the Kingdom.

The museum aims at educating the generations and introducing them to the history of the great Islamic era, based on the great interest witnessed by the two Holy Mosques.