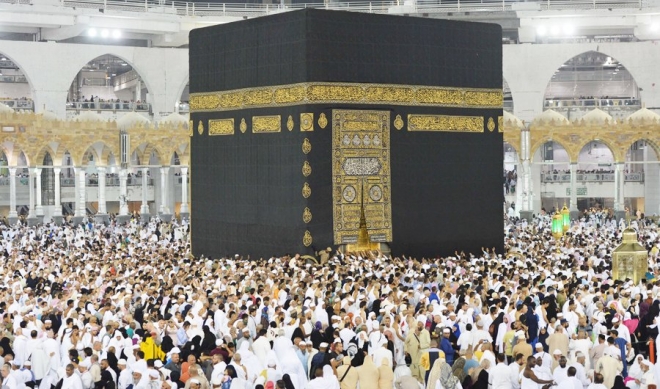 MAKKAH: Pilgrims must wait 14 days before booking another date for Umrah, while the Eatmarna app will be launched on Android soon, the Saudi Ministry of Hajj and Umrah said.

“Pilgrims can perform Umrah twice, but must wait 14 days before performing Umrah the second time, to give a chance to everyone to perform Umrah in line with the necessary precautionary measures brought about by the coronavirus,” Dr. Amr Al-Maddah, the ministry’s chief planning and strategy officer, told Arab News.

The ministry is studying  the available spots that can  be used by the pilgrims to perform Umrah while maintaining social distancing, ensuring health protocols.

Al-Maddah said that so far 35,000 requests have been registered to perform Umrah.
Pilgrims will start performing Umrah on Oct. 4 within the first stage of the Umrah plan this year, in line with health protocols and procedures.

In the first phase, pilgrims will perform Umrah at six different times a day, giving each pilgrim three hours.

He added that between the sunset and evening prayers, pilgrims will not be allowed to perform Umrah and, instead, this period will be allocated to cleaning and disinfecting. “Pilgrims will start performing Umrah at midnight, with the place disinfected before the arrival of each group.”

Each group will be accompanied by supervisors who will ensure pilgrims respect social distancing, and follow instructions and a pre-adopted timeline. Isolation rooms will be provided at the central area’s hotels to handle any potential cases.

The second stage, scheduled to start two weeks later, will be preceded by a comprehensive assessment of the first stage to address any shortcomings.

“The Kingdom is adopting extra vigilance during the Hajj and Umrah seasons to protect Muslims around the world, and allow them to perform their pilgrimage in ease and peace in line with precautionary measures,” said Al-Maddah.

“The three-stage plan will provide feedback on pilgrims’ commitment to protocols and adjustment to current circumstances.”

He said that the app was supposed to be launched earlier, but was delayed due to Android policies.

The app was presented to both Apple and Android at the same time, but Apple completed the procedures earlier, he added.

He commended leadership efforts to confront the pandemic, in addition to the government sector role in ensuring the safety of citizens, residents and Umrah performers.