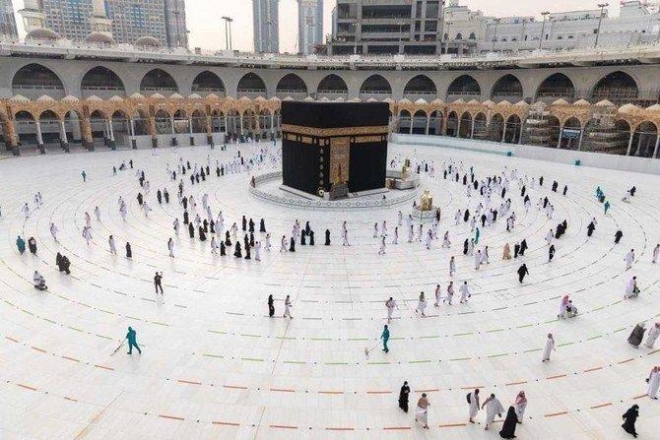 The second phase of Umrah will resume on Sunday with 15,000 pilgrims allowed to perform rituals and 40,000 worshippers offering daily obligatory prayers in the Grand Mosque in Makkah.

The operations at the Grand Mosque will be held amid strict social distancing measures aimed at stopping the spread of the coronavirus disease (COVID-19) outbreak.

Umrah pilgrimages were suspended on March 1 in the wake of the COVID-19 pandemic but last month the Saudi Ministry of Hajj and Umrah agreed to a phased return of Umrah operations starting on Oct. 4.

The first stage allowed Umrah for Saudis and expats residing in the Kingdom, before expanding to greater capacity and ultimately allowing pilgrims from outside of Saudi Arabia.

However, the decision to allow foreign pilgrims will be taken after reviewing the pandemic situation and the number of cases around the world.

The ministry has launched a smartphone app called Eatmarna to issue Umrah permits to prospective pilgrims. Users must ensure they are registered with the Ministry of Health’s Tawakkalna app to allow authorities to check on their health status and eligibility to perform Umrah rituals.

A new set of permits was added for pilgrims in the app on Tuesday.