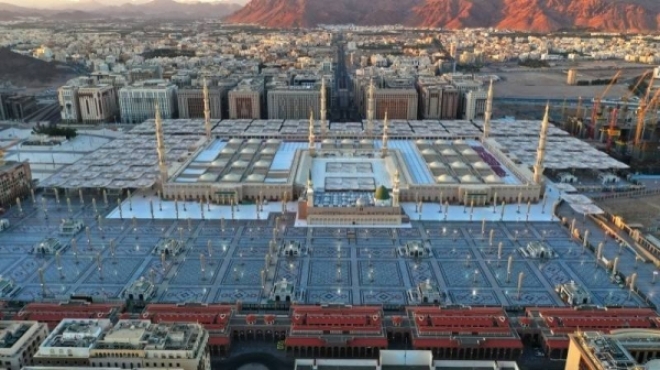 MADINAH — Director of Public Security Lt. Gen. Khalid Al-Harbi has issued an order to appoint 99 women military personnel in the Special Force for the Security of the Prophet’s Mosque.

This was in implementation of the directives of Minister of Interior Prince Abdul Aziz Bin Saud Bin Naif.

The newly appointed security women will join their duty of crowd control in managing the visit of women worshipers at the Rawdah Sharif from the beginning of next week.

These women have developed their skills after undergoing training programs in both field and administrative security.

This comes out of utmost keenness and follow up of Madinah Emir Prince Faisal Bin Salman to have a separate wing of female military personnel assuming security duties to organize the visit of women worshipers to the Rawdah Sharif.

The resumption of visit to Rawdah Sharif was resumed on Oct. 18 after a hiatus of more than seven months following the outbreak of the coronavirus pandemic.