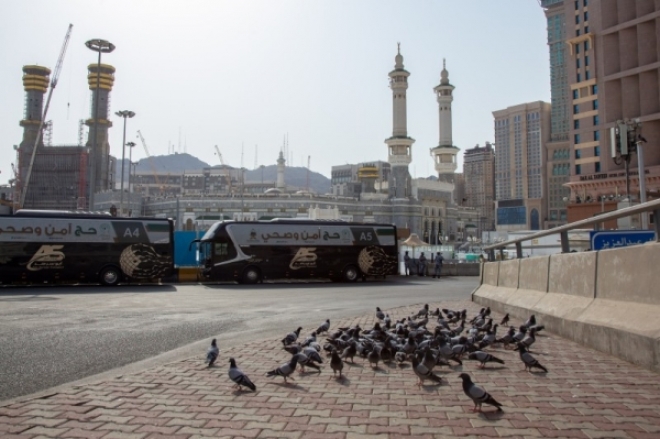 MAKKAH — Saudi Arabia’s Ministry of Hajj and Umrah is completely prepared to receive foreign Umrah pilgrims after the successful and smooth resumption of the pilgrimage for citizens and expatriates inside the Kingdom, Deputy Minister of Hajj and Umrah for Umrah Affairs Abdul Rahman Shams said on Wednesday.

said that there are more than 700 Umrah companies in total and they are completing the process to receive foreign pilgrims.

A total of 120,000 pilgrims have so far performed Umrah and 45,000 people have offered prayers at the Grand Mosque during the current second phase of the gradual resumption of the Umrah service since Oct. 18, the minister said.

Shams said that the mechanism for the reservation of pilgrims from outside the Kingdom will be through licensed Umrah companies and their arrival will be in groups and not as individuals.

“The Eatmarna mobile app is exclusively for pilgrims from within the Kingdom. The ministry has started preparations together with Umrah companies and their approved agents abroad to receive pilgrims from abroad in the third phase, which will start on Nov. 1 (Rabi Al-Awwal 15).

Shams said that many attempts to furnish incorrect information and fake applications to deceive pilgrims were detected, and direct communication has been made with the concerned authorities to report such cases.

“We have not recorded any cases of coronavirus infection so far, and things are proceeding according to their plans,” he added.