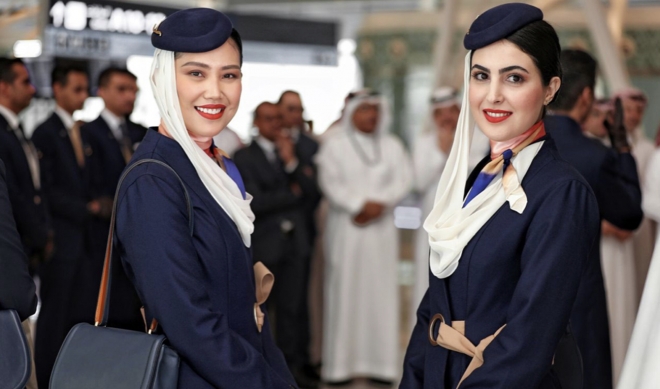 Saudi Arabian Airlines (Saudia), the national flag carrier of the Kingdom, has been ranked as a “Five-Star Global Airline” by the Airline Passenger Experience Association (APEX). The nonprofit organization’s ranking system is based on passenger ratings from more than 1 million flights operated by almost 600 airlines around the world, which are independently certified by a professional external auditing company.

Commenting on the title, Saleh Al-Jasser, minister of transport and chairman of Saudia, said that the positive feedback received from guests reflects the success of the airline’s comprehensive transformation plan as it continues to train and upskill its resources, expand its fleet, and add new destinations, as well as upgrading and developing its services.

Al-Jasser said the achievement is a result of the continued support that the transportation sector has received from the Kingdom’s leadership, headed by King Salman and Crown Prince Mohammed bin Salman. Saudia aims to play a key role in attaining the goals of Vision 2030 by capitalizing on the Kingdom’s strategic location connecting three continents. The airline seeks to support the expansion of the tourism sector, including Hajj and Umrah pilgrimages, and reinforce Saudi Arabia’s role as a global logistics hub, thereby further contributing to economic growth and development.

Ibrahim Al-Omar, director general of Saudia, said: “This achievement comes as a direct result of hard work and major investments in improving the airline’s operational capabilities. The timing of the ranking, which follows the global pandemic that shook the aviation sector, also stands as a strong and credible testimony to our success in managing the crisis and leveraging the opportunity to focus on training our cabin crew and further developing our services.”

Al-Omar highlighted the significance of the rating coming from a global nonprofit organization based on direct votes from passengers during Saudia’s 75th anniversary year. “Achieving this rating and the trust of our guests will further propel us forward to a new era of development that reflects the aspirations of our customers and expectations of the leaders of our vibrant nation,” he added.

The airline recently introduced a series of upgrades including enhanced entertainment system and digital services, improvements to its cabin seats and the addition of new direct flights to several international destinations.