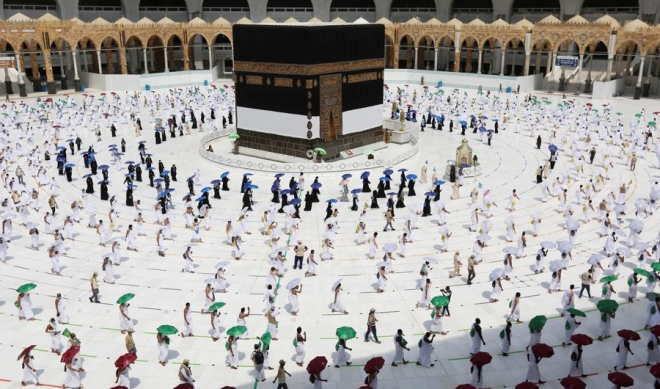 The General Presidency for the Affairs of the Two Holy Mosques has appointed around 1,500 females in its different departments to serve female visitors to the Grand Mosque in Makkah.

A total of 600 women have been recruited in the Technical and Service Affairs Agency.

The rest of the female staff will be deployed in other departments of the presidency such as electric vehicles, Zamzam watering unit, guidance and intellectual affairs, administrative affairs, public relations, media and communication and the General Department of Internal Auditing.

Dr. Al-Anoud bint Khaled Al-Aboud, deputy president for women’s development affairs, said the step is part of the presidency’s transformational initiatives 2024. It aims to raise the level of services provided in the Two Holy Mosques, she said.

Al-Aboud also said it also part of the Saudi leadership’s plans to empower women and ensure best possible services to female pilgrims and visitors to the Grand Mosque in line with Saudi Vision 2030.

The presidency is continuously taking measures to serve pilgrims and visitors in the best possible manner.