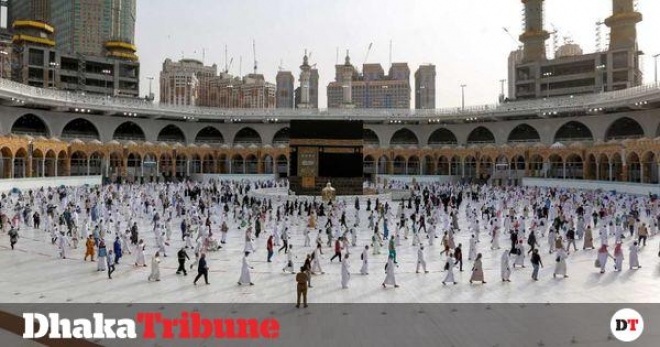 From now on, Hajj and Umrah activities will be conducted under certain laws which will be controlled or monitored by the government.

Until now, the management of Hajj was done through a policy, in place of which, the cabinet has approved the draft of Hajj and Umrah Management Law, 2020.

The cabinet on Monday approved the draft of the law in principle to bring more discipline in this sector.

He said the hajj management has been operating through a policy till the date and that is why the government faces difficulties while taking any measure against any agency, as they (agencies) bring stay order from the High Court challenging any action.

After the enactment of the new law, he said, the government can bring any hajj and umrah agency under trial in the country even if they commit any offense in Saudi Arabia.

Mentioning that Saudi Arabia has changed hajj management system in 2011, the cabinet secretary said India, Pakistan, Malaysia and Indonesia has framed law and that is why Bangladesh needs a legal structure to equip with their hajj management.

In the new law, he said, none without having registration under the law could deal with any haji (hajj pilgrim) and the registration authority could take action against any anomaly.

If any agency gets warning in the two consecutive years, its registration would automatically be suspended for two years, he added.

Besides, lawsuit can be filed against criminal offenses committed in Hajj and Umrah management, said the cabinet secretary.

In the law, if any hajj-related anomaly committed even in Saudi Arabia by Bangladeshi, it could be treated that it happened in Bngladesh and legal steps including criminal and administrative actions could be taken in the country, he said.

He mentioned that the Religious Affairs Ministry placed the bill in the cabinet in line with a directive of the Cabinet issued in 2012 in order to enact a law instead of the existing policy.