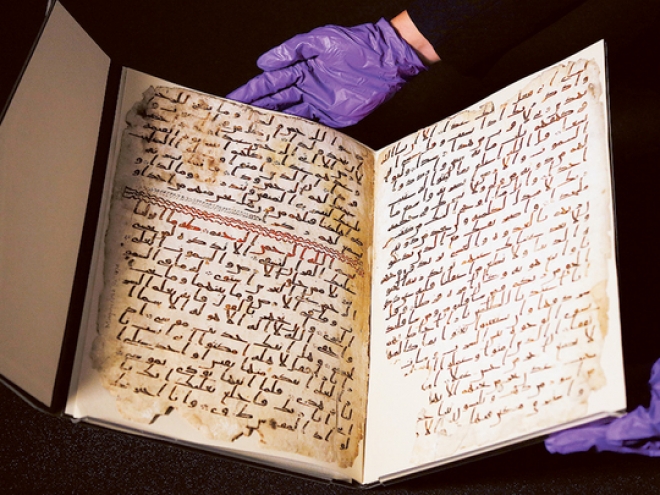 A permanent exhibition of rare manuscripts will open this week in the Prophet Mohammed’s Mosque in the holy Saudi city of Medina, a senior official has said.

The exhibit is due to open Monday evening in cooperation with the King Abdulaziz Foundation for Research and Archives, President General for Affairs of the Two Holy Mosques Abdulrahaman Al Sudais said in media remarks.

“The General Presidency for Affairs of the Two Holy Mosques seeks to highlight the role of manuscripts through the Arab history in preserving and storing information as well as making it available to everyone,” he added.

The exhibit aims to shed light on efforts of the King Abdulaziz Foundation for Research and Archives in recording history of the two holy mosques and the foundation’s scholarly projects mainly in Medina, media reports said.

Rare copies of the Holy Quran will be put on display.

In October, Saudi authorities allowed worshippers to return to pray in the Prophet’s Mosque after a seven-month suspension prompted by the global coronavirus pandemic.

Muslims, performing the Umrah or less pilgrimage in the Grand Mosque in Mecca, usually visit the Medina and pray in the Prophet’s Mosque.

The Umrah trips resumed last October according to a phased plan and amid stringent measures against COVID-19.