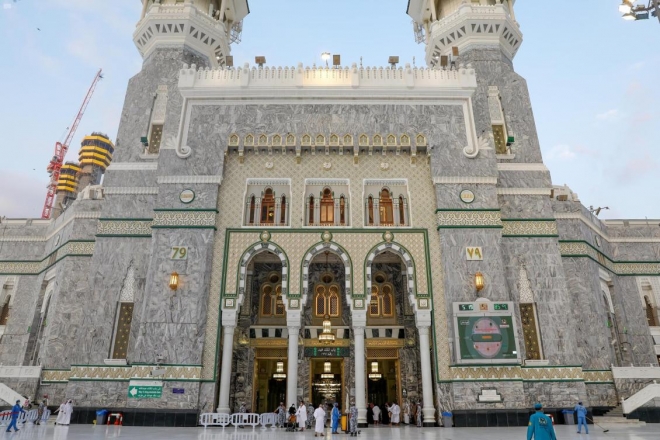 A $270 million company to develop Saudi Arabia’s holy sites has been launched.
Kidana will be headquartered in Mina and is the first closed joint-stock company owned by the Royal Commission for Makkah Al-Mukarramah and the Holy Sites (RCMC), the Saudi Press Agency reported. The company has an authorized capital of SR1 billion ($270 million).

RCMC made the announcement on Sunday.

Prince Abdullah bin Bandar bin Abdulaziz, chairman of the board of directors at Kidana, explained why it was important to maintain and preserve the two holy cities of Makkah and Madinah.

“The holy cities have received prioritized care and attention from each of the Saudi monarchs since the era of the late King Abdulaziz. The holy sites, may Allah protect them, are the most sanctified symbols of our religion and historical history,” he said.
Kidana is aiming for long-term sustainability when reconstructing and renovating the holy sites. It seeks to increase the number of pilgrims that the holy sites are able to hold, in line with the country’s Vision 2030 reform plan, and allowing more pilgrims to perform Hajj and Umrah each year.

It also wants to renovate the sites for optimal use throughout the year, creating sustainable urban centers and raising the efficiency of operations during the Hajj season. It plans to increase the quality of services on offer, as well as designing and developing real estate projects close to the holy sites.

Launching Kidana is the first key step in RCMC’s strategy, which was outlined last September, to develop and maintain the holy sites.

Program, as well as the development of a land and real estate program, a transport and transport infrastructure program, a partnerships investments program, and a financial sustainability program supported by the Center for Comprehensive Management.


⇐ Previous:
Exhibit of rare manuscripts in Prophet’s Mosque to open this week
Next: ⇒
Reliving the Zubaida Trail